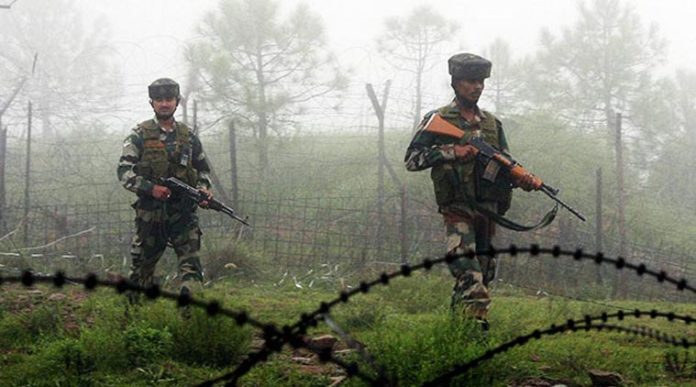 Rajouri, Feb 9 : An army soldier was critically injured in sniper fire in sniper fire from across the border along the Line of Control (LoC) in Nowshera area of Rajouri in Jammu and Kashmir on Saturday.

Official sources told news agency that Pakistan army in “violation of ceasefire” attacked the army post of 24 MLI Regiment at Kalal along the border in Nowshera sector.

In the incident, a Sepoy identified as Sepoy Satish Kumar suffered critical bullet wounds in his abdomen. He was airlifted to Army’s command hospital in Udhampur for treatment where his condition is said to be critical, they said.

“Sepoy was hit by the sniper fire from across the border,” he said. (GNS)

Eight of 10 administrative officers ignored in induction in KAS

Govt yet to probe “illegal” appointments in PSUs

Ban imposed on use of drones in Rajouri