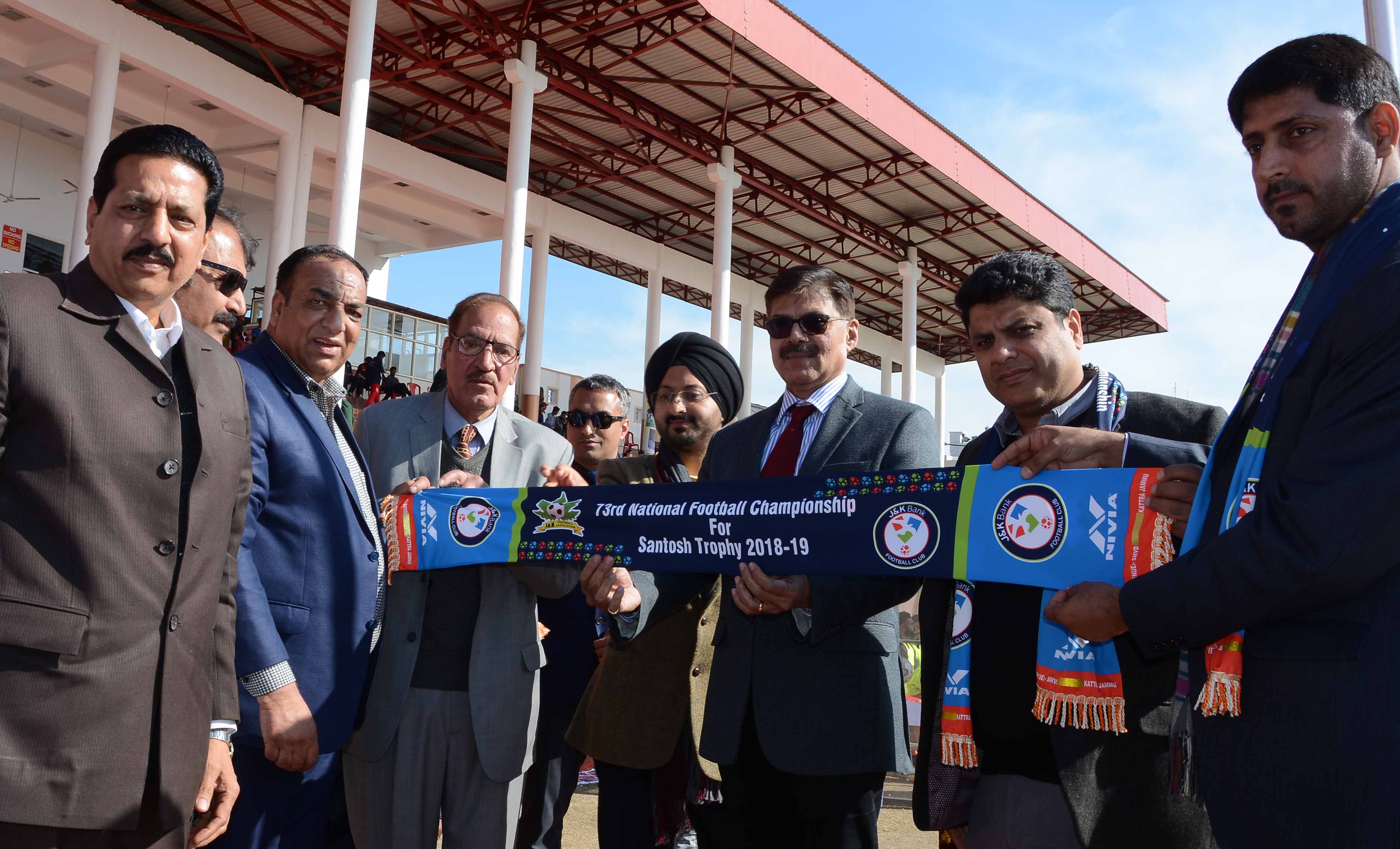 The tournament is being organized by J&K Football Association under the aegis of All India Football Federation and is supported by Shri Mata Vaishno Devi Shrine Board, J&K State Sports Council and J&K Bank Ltd.

The 73rd edition of National Football Championship for Santosh Trophy (North Zone Qualifiers) will be played at Shri Mata Vaishno Devi Shrine Board Complex, Katra from February 11-16, 2019. There are total 12 matches to be played on single leg format and daily two matches shall be played.

The Advisor on the occasion interacted with the officials from All India Football Federation and J&K Football Association who are part of this ongoing championship.

Later, he also met the teams of J&K and Jharkhand playing their match today after which the championship was officially kicked off.

He appreciated the efforts of J&K Football Association in organizing the events and also thanked AIFF, SMVDSB, J&K Sports Council and J&K Bank for their support in hosting the championship.

J&K is hosting this event for the fourth time. Similarly, the ongoing I-League matches have also been organized at Srinagar in a very systematic and smooth manner.

A colorful cultural presentation was also given by the students of SMVD Nursing College, Katra.