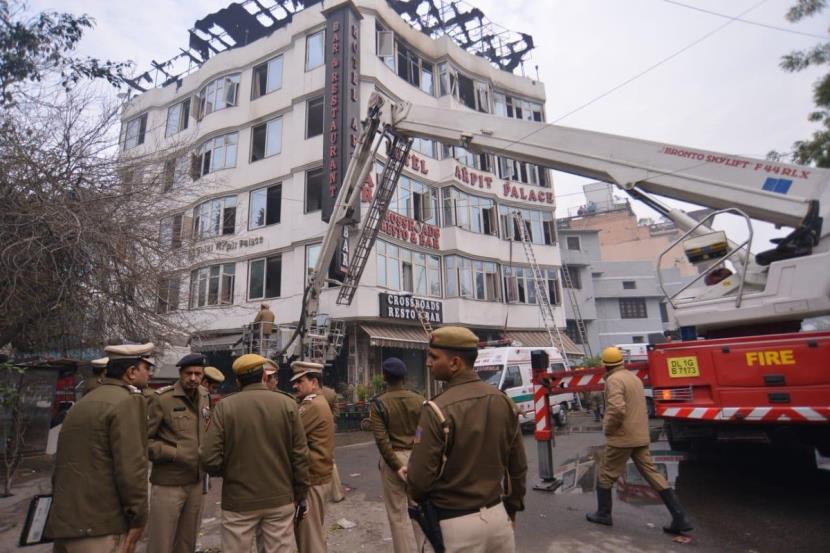 NEW DELHI: At least 17 people, including a child, were killed after a major fire broke out in Hotel Arpit Palace in Delhi’s Karol Bagh area in the wee hours of Tuesday. More than 20 fire tenders were rushed to the spot and rescue operations were underway, it said. Deputy Chief Fire Officer Sunil Choudhary said, “The fire has been doused. We have to look for bodies, if any, inside the hotel. Those injured have been sent to hospital. Two hotel staff members had jumped from the fourth floor of the hotel in an attempt to save themselves. The status of the staff who jumped is yet to be known.” Balan Mani, Delhi Hotel Association Vice President said, It was due to fire in ducting because of which it had spread to the hotel rooms.All norms were followed here; license is issued only after inspection. Mishappening can occur in a house as well.