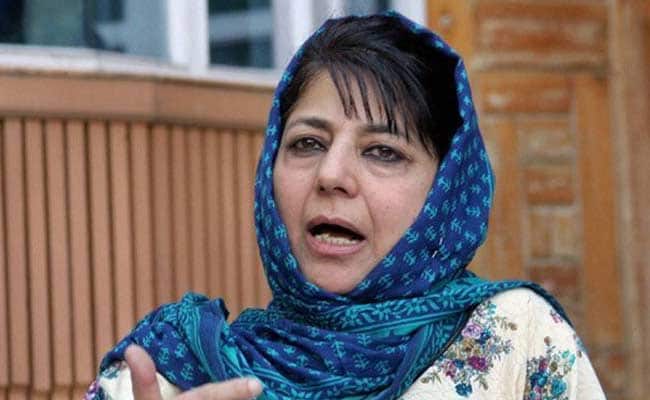 Former Jammu and Kashmir chief minister Mehbooba Mufti on Wednesday said there is a notion that New Delhi wants to disempower Muslims of Jammu and Kashmir, saying the government of India was playing with fire by implementing BJP’s agenda through Governor Satya Pal Malik.

Addressing a presser at her Gupkar residence, Mehbooba said her party didn’t allow them (BJP) to implement their agenda in J&K when they were allies in the government.

“The agenda which we didn’t allow BJP to implement here in J&K, that agenda is being implemented now through Governor (Satya Pal Malik). Govt of India is playing with fire. There is a notion that they want to disempower the Muslims of the state,” Mehbooba said.

Furnish statement of employee/s transferred from Sgr, whose G.P.F balance is yet to be transferred: CAO

Wetlands are lungs of Valley; not dumping grounds: Div Com
Calls for Local Population Involvement in Cleanliness of Gilsar, Khushalsar