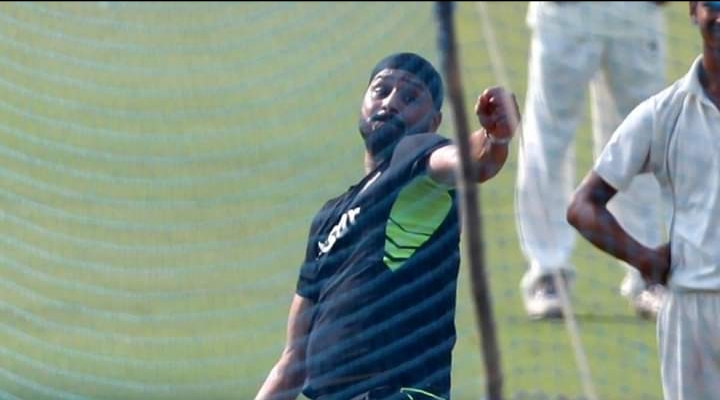 Veteran off-spinner Harbhajan Singh revealed his 15-member India World Cup squad on Tuesday. The 12th edition of ICC World Cup begins on May 30th in England and Wales and concludes on July 14. The World Cup will feature 10 teams and before the highly-anticipated event, Harbhajan selected his team which did not have major surprises except one, as he left out Rishabh Pant from the squad.

Harbhajan also included Vidarbha pacer Umesh Yadav in his line up who had a good Ranji season. Vijay Shankar also finds a spot in his team. Rest of the squad is more or less the same for everyone.

Explaining the reason behind Shankar’s inclusion, Harbhajan said, “If you remember, during the 2017 Champions Trophy, the weather in the UK was hot and humid.”

“So, if conditions are same, Jadeja could still be used as a package, if the opposition team has five to six right-handers in their line-up. Play him as No.6 with Hardik Pandya as No.7. Also, he is still your best fielder,” PTI quoted him as saying.

Looking at the upcoming ODI series against Australia, Harbhajan told India Today that the team can give the youngsters a chance.

“I don’t think you need to put the best 11-13 players in play because they had a very long tour of Australia and New Zealand. If they are asked to play in India, it might be too much for their body and then there is IPL also. So it will be good if the senior players can be rested as much as possible.

“This can be taken a chance for players like Prithvi Shaw, Mayank Agarwal, Priyank Panchal and similarly you can see Siddarth Kaul and Mayank Markande, these young players can be given a chance and the pool should be expanded. If the pool is large, more and more players will come,” he added.

South Indian truckers disappointed; no load available for them