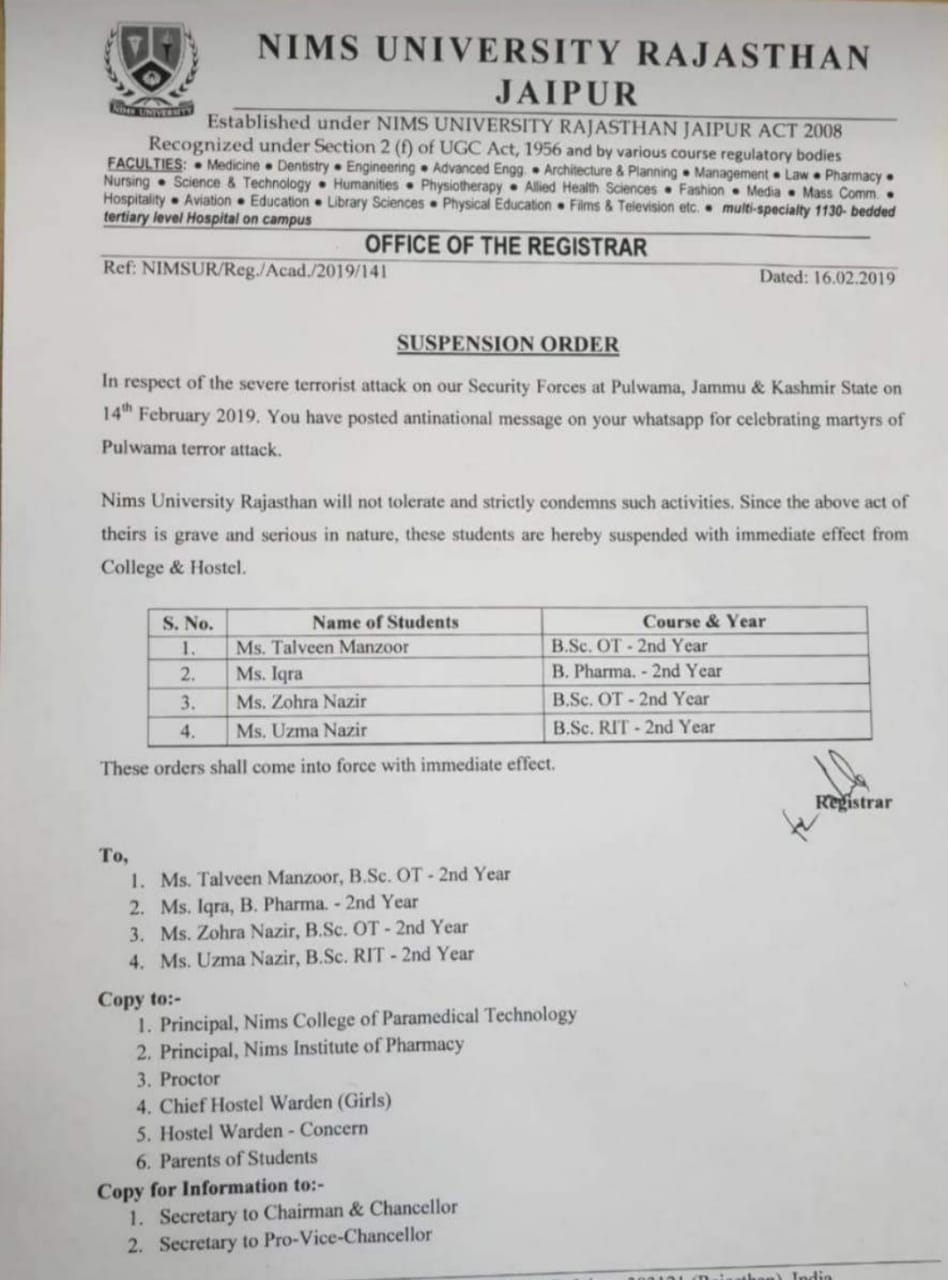 Reports said that four students from Kashmir studying at NIMS Rajasthan were suspended after their comments about attack on CRPF convoy went viral on social media.
One of the students has commented that such massacres are a routine in Kashmir. Another has said who can forget Gawkadal, Handwara, Kupwara or Anantnag massacres.

Another students had commented about the mass blinding of Kashmiri people. “Where you dead when Indian troopers were blinding people in Kashmir in 2016. Where was the outeprage the and why you are showing today, you hypocritea.”

Mismatch between what China says and does: Rajnath Singh