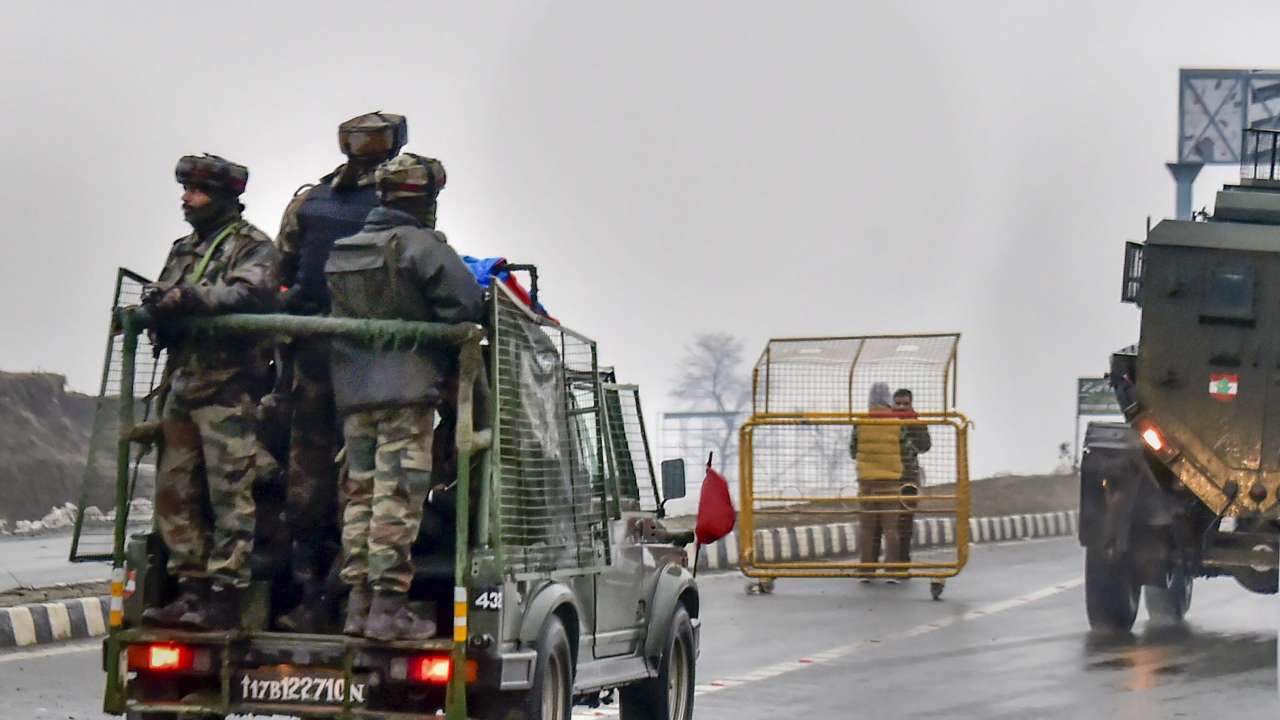 Srinagar, Feb 18 : A top Police officer was injured in an ongoing encounter at Pingleena area of south Kashmir’s Pulwama district on Monday.

A civilian Mushtaq Ahmad Bhat (46) was also killed during the gunfight.

Sources said that there was lull for some time before fresh firing started in which the police officer of DIG rank Amit Kumar was injured and has been hospitalised.

A police officer confirmed to GNS about the injury suffered by the DIG and said that he has received a bullet wound in his left thigh.

The officer said that the condition of the DIG is said to be stable.

An army spokesman also confirmed the death of four soldiers including an officer of Major rank. He said that the identity and group affiliation of the slain militants are being ascertained.

The gunfight broke out at Monday morning after a joint team of army’s 55 RR, SOG and CRPF launched a cordon-and-search operation following a “credible inputs” about the presence of two to three militants in the area. Massive clashes are also going on near the encounter site, the official said. (GNS)