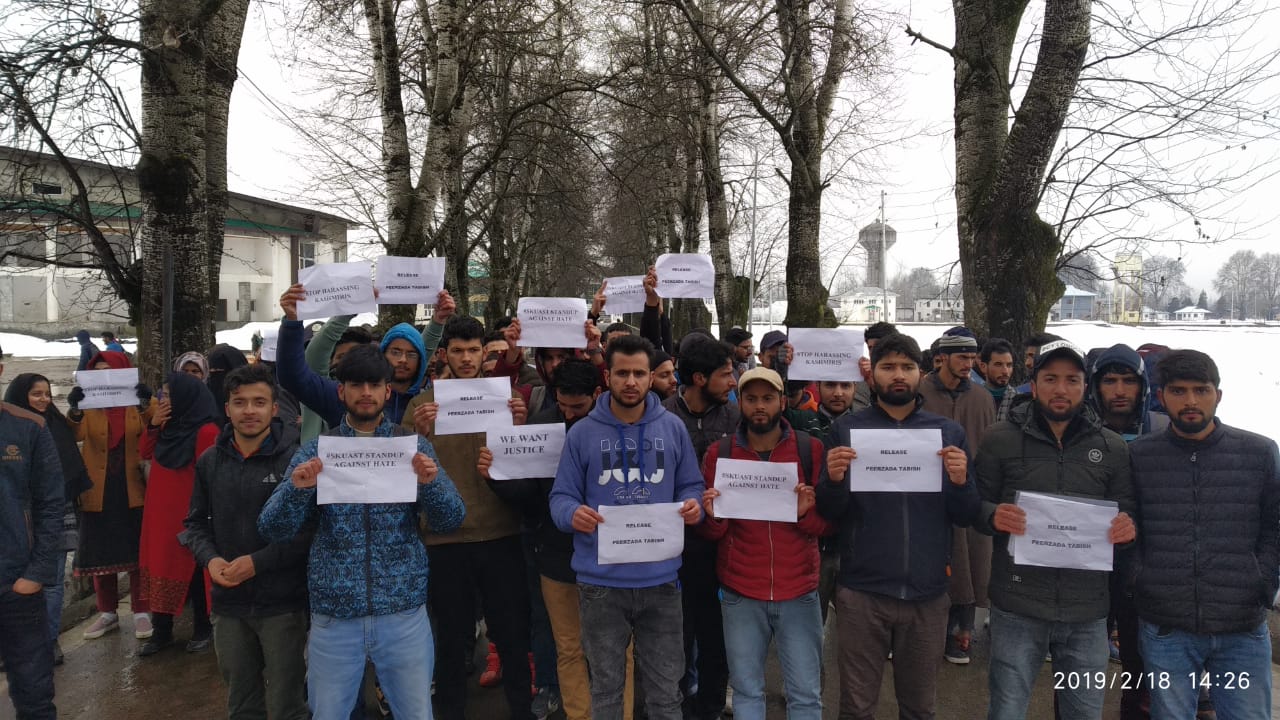 Sopore, Feb 18 : Students of Sher-e-Kashmir University of Agricultural Sciences and Technology (SKUAST) of North campus at Wadoora Sopore in north Kashmir on Monday staged a protest demonstration over growing incidents of harassment and attacks on Kashmiris by rightwing extremists in Jammu and outside the state.

The students protested inside the college premises and demanded an immediate release of Kashmiri student who was detained in Himachal Pradesh on Sunday.

“Kashmiris are not safe outside and this is not for the first time that our brothers and sisters are being targeted, harassed and detained,” a group of agriculture students while talking to GNS said.

Meanwhile, scores of students studying in different tuition centers in Paray[pora area of Srinagar. The students also expressed serious resentment over the growing attacks on Kashmiris and demanded an immediate end to it.

They also demanded the withdrawal of sedition and other cases the students in different parts of India.

The students also demanded the safety of Kashmiri students outside the Valley.

Pertinently, on Sunday police detained Tahseen Gul of Kashmir, a B.Tech student of  Chitkara University in Baddi on the charges of allegedly glorifying suicide bomber Adil Ahmed Dar who was behind the Pulwama attack in which 49 CRPF men were killed and several others were injured on Thursday. (GNS)

Lieutenant Colonel Among 3 Soldiers Injured In Fresh Firing In Pulwama

Govt to cover all students under scholarship schemes

JVC asks 2 medicos, other staff for strict home quarantine who came in contact with Covid-19 patient