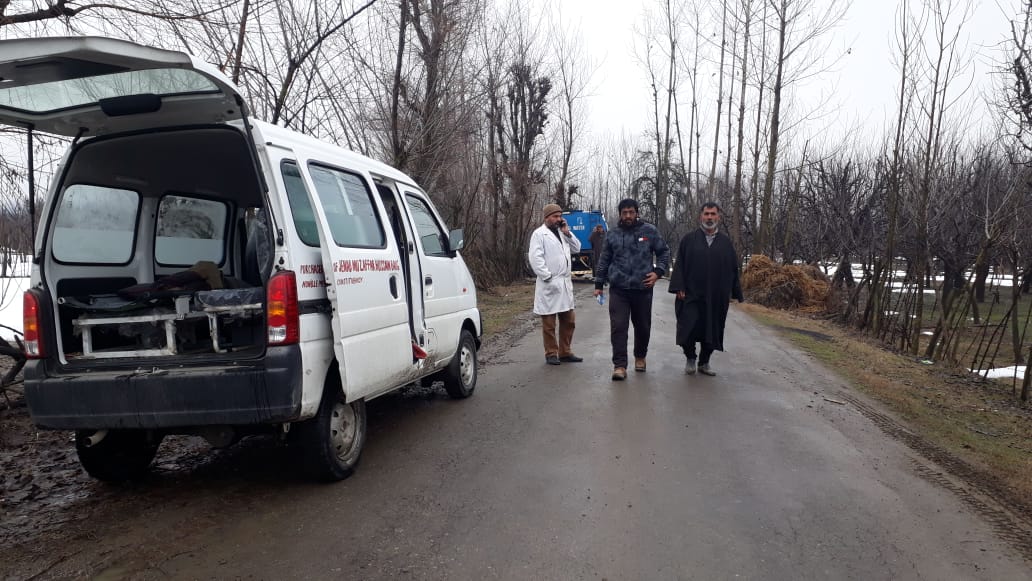 Kupwara, March 3 : Government forces on Sunday allegedly disallowed a health team carrying first aid kit besides essentials including baby food and biscuits to visit five families, who according to the locals are stuck inside their houses at Babagund Handwara in this north Kashmir district, where a fierce gunfight between government forces and militants ended earlier this morning after nearly three days of siege.

The incident has called into question adherence of SOP by government forces which mandates evacuation of civilian population before gunfight.

A team of officials of health department, carrying first aid kit, essentials including baby food, biscuits and ‘dals’ were not allowed by the government forces. “We were not allowed to meet the families,” the health officials told GNS near the spot of the gunfight.

When contacted Deputy Commissioner Kupwara Anshul Garg said that he would confirm with SSP concerned given this is a “police monitored encounter.”

Crackdown on JeI will push dissent further in Kashmir: Mirwaiz

Youth who was missing arrested in Pulwama