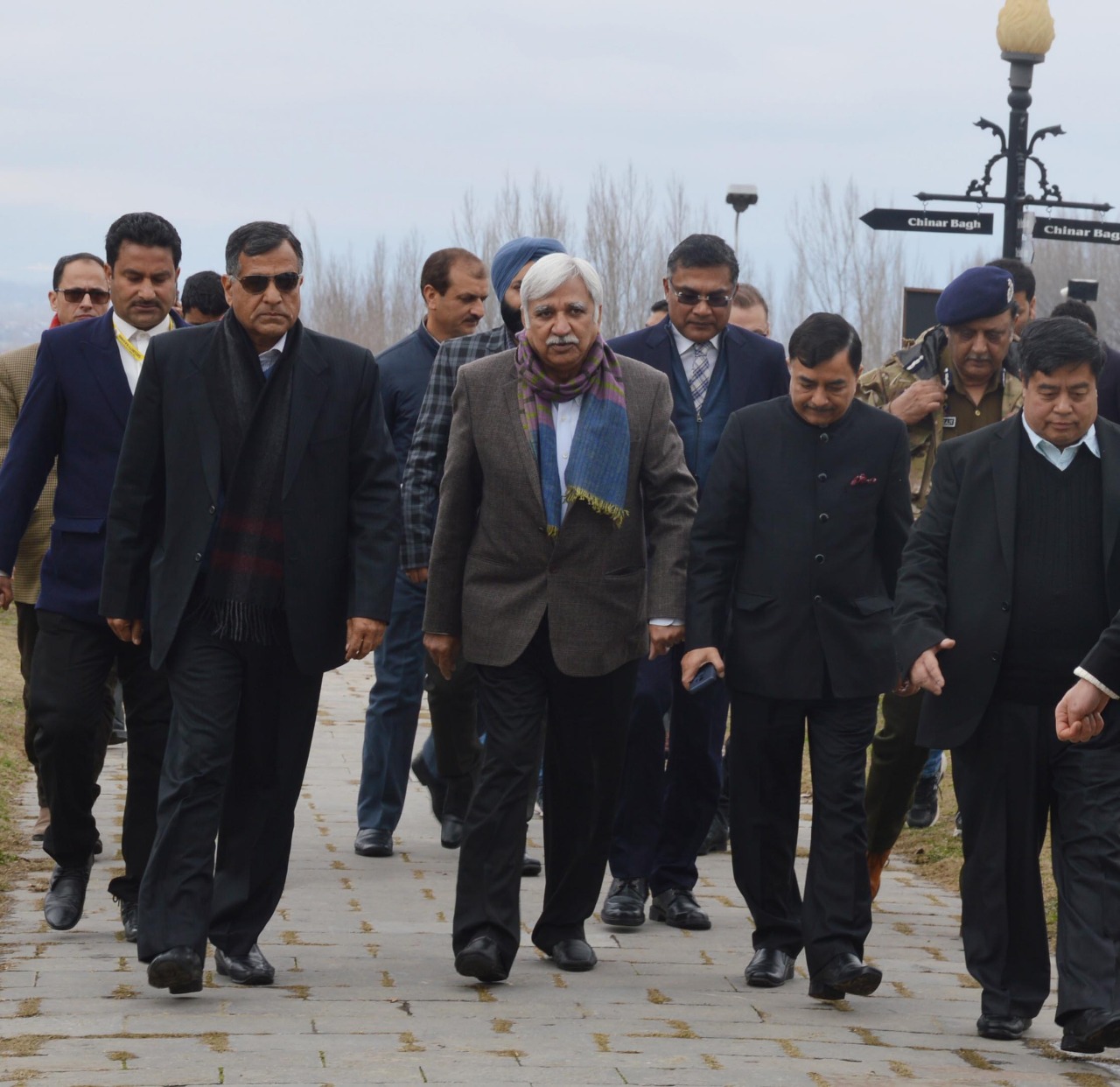 SRINAGAR, MARCH 04 : A high-level delegation of the Election Commission of India (ECI) led by Chief Election Commissioner (CEC), Sunil Arora arrived here today on a 2-day visit to J&K for consultations with various political parties, state administration and other stakeholders ahead of upcoming Election-2019.
The ECI team began its visit by meeting the representatives of various political parties in Kashmir Valley to seek their opinion regarding the Elections.

The CEC gave a patient hearing to their concerns and assured that they will be taken care of in due process of time.
The ECI team also held a marathon meeting with the civil and police including Divisional Commissioner Kashmir, Baseer Ahmad Khan, ADGP, Law & Order, Muneer Ahmad Khan, IGP Kashmir, S P Pani, Deputy Commissioners and District Police Chiefs of Kashmir and Ladakh divisions.

“Elections are soon going to be held to uphold the principles of democracy. The commission desires that these elections should be the most inclusive with absolute neutrality by people involved in organising them. Holding election in any part of India is a challenge because of various factors such as topography, population density, holidays, etc,” Arora said in his opening remarks.

The ECI team reviewed the state of preparedness of various departments of civil and police administration for ensuring free and fair elections. The Commission asked the state authorities to provide minimum assured facilities at polling stations and ensure that voters are able to reach the stations without any fear or hinderance.
The CEC also reviewed the preparedness in terms of transportation of EVMs and polling material to the booths and deployment of staff on the day of the election. The Commission asked the state authorities to mobilise people and create inducement-free and intimidation-free atmosphere by ensuring sufficient number of security persons on ground.
The Commission stressed the state authorities to ensure that the expenditure by candidates during the election process is monitored to prevent any illegality. “The limit of expenditure is Rs 70 lakh for Lok Sabha election and Rs 28 lakh for state assembly election,” Deputy Election Commissioner, Sandeep Saxena said, adding that action should be taken against those indulging in inducement and illegal gratification to voters.

The Commission asked the state administration to conduct operations on EVMs and VVPATs in presence of stakeholders such as political parties and candidates to ensure transparency. “You should share location of strong-rooms with stakeholders/parties/candidates to prevent any suspicion.” Saxena said.

The ECI team left for Jammu this evening where they will be conducting similar exercise tomorrow. In addition, the ECI team will be also meeting the Chief Secretary BVR Subrahmanyam and DGP Dilbag Singh separately in the winter capital. Before winding up their visit the ECI team is scheduled to address a press conference at Jammu tomorrow evening.

Political Parties in favour of holding simultaneous polls in J&K