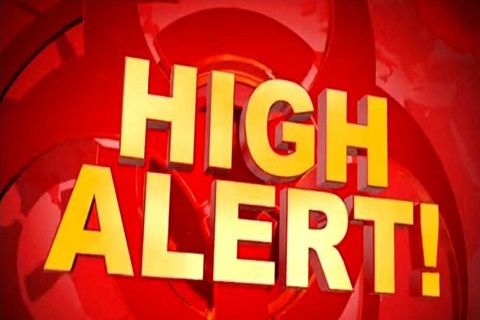 Srinagar, March 5 : Six policemen and two prisoners were injured after a vehicle they were traveling in met with an accident at Keeribal area of Mattan in south Kashmir’s Anantnag district on Tuesday afternoon.

Reports reaching news agency said that a police bus carrying two prisoners while on the way to a local court in Kulgam from the district jail in neighboring Anantnag district, turned turtle near mountains of Keribal, Mattan.

In the mishap, six policemen and the two inmates were injured, they said.

Among the injured, BMO said that the two prisoners Tawseef Ahmad of Tangdoo village and Rasik Ahmad of Such Kulgam were referred to district hospital Anantnag for specialized treatment.

Station House Officer (SHO), Mattan also confirmed the mishap and said that all the injured have been hospitilized and their condition is said to be stable.

He said that the police team was carrying the two prisoners from the district jail to a local court in Kulgam for hearing.

A case has been registered and investigations into the matter have been initiated, he said. (GNS)

Not aware of any request from the US on F 16: Pakistan envoy to US

ECI to take final call on elections in JK: Governor

Militant killed in Tral, not a resident of Baramulla: Police

JKAP greets people on the eve of Ramadan