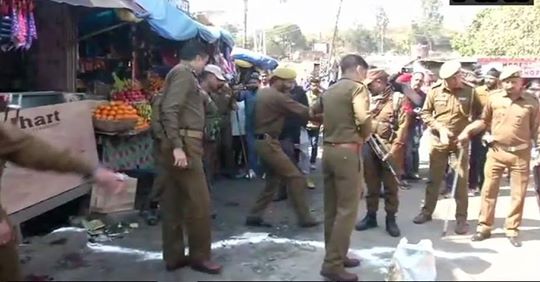 Jammu, March 08: Death toll in yesterday’s grenade blast at Jammu bus stand has reached two after an Anantnag resident succumbed to his injuries at hospital.

The 32 year old breathed his last in the intervening night of Thursday and Friday. Officials identified the deceased as Mohd Rayaiz S/O Mohd Amin, resident of Matan Anantnag.

According to authorities said that Riyaz breathed his last at around at 1:15am.

“His body was shifted to mortuary room,” they said.

An Uttarakhand resident died Thursday at GMC hospital after he received grievous injuries in the blast.

More than 30 civilians were injured after a grenade ripped through Jammu bus stand.
The accused has been arrested.(KNO)

Girl commits suicide after her pictures circulated on social media

Battle against corona not so easy, it’s going to be a long haul: Dr Pervaiz Koul