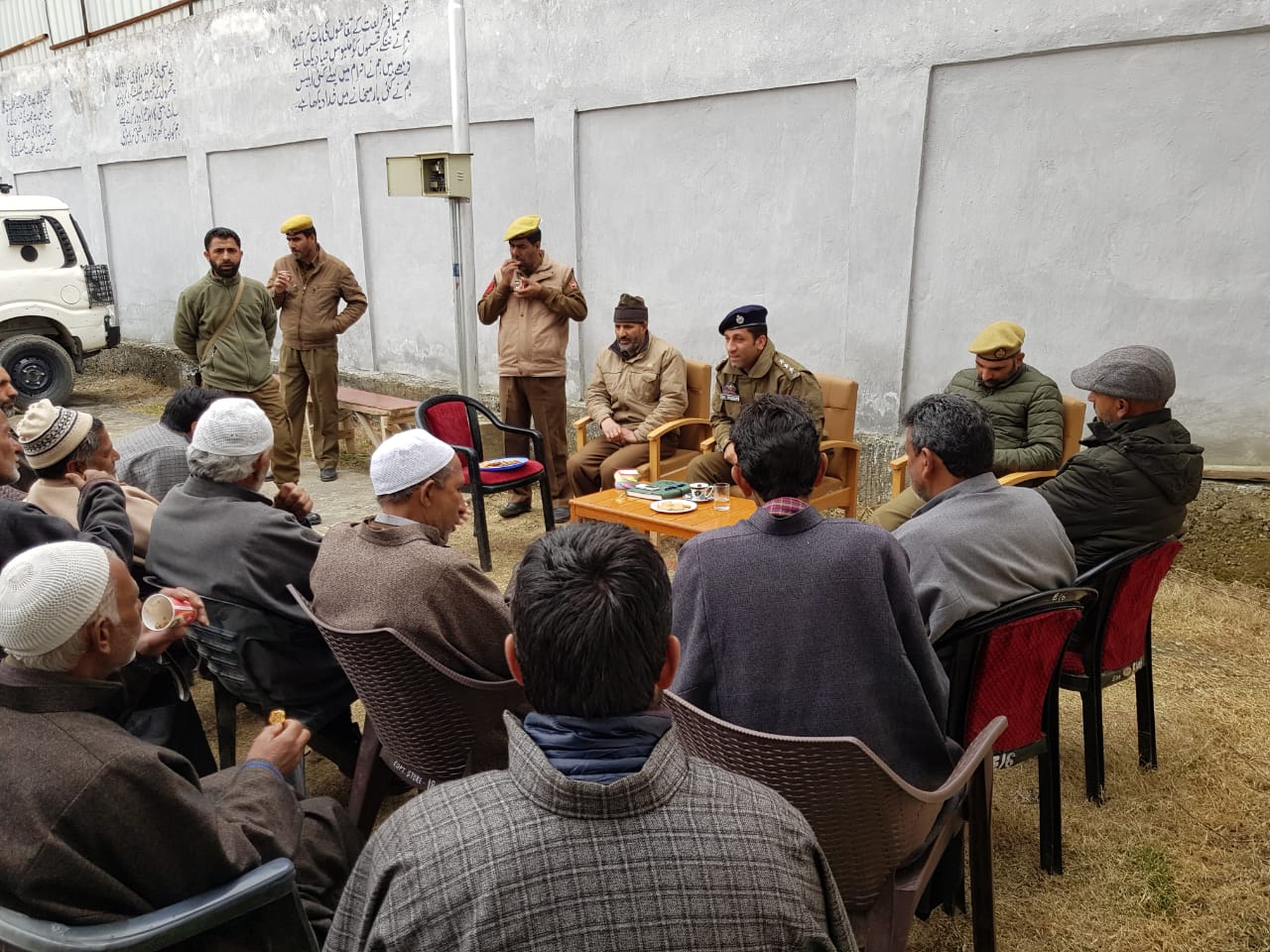 Respectable citizens of Lassipora, Litter participated in the meeting. Various issues faced by the locals of the area were highlighted by the participants during the meeting.

The officers present on the occasion assured the participants that issues pertaining to police will be solved in shortest possible time while others will be taken up with the concerned departments for their early redressal.

The meeting concluded on a positive note and people hailed the efforts of police for conducting such meetings.“`