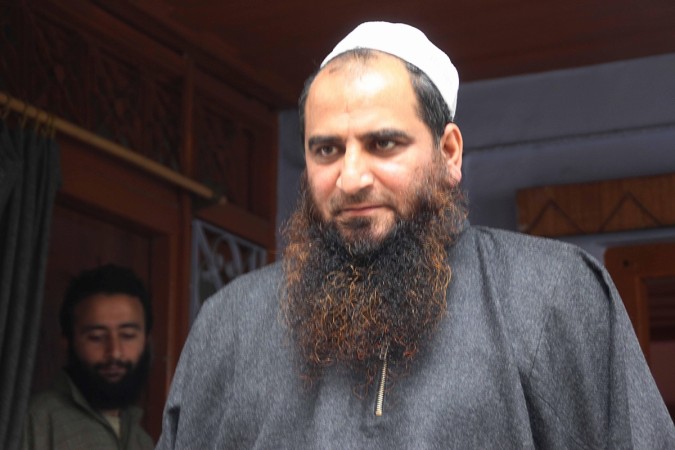 The incarcerated chairman of Muslim League Jammu Kashmir Masarat Aalam Bhat was on Saturday brought from Amphala Jail, Jammu to Srinagar and presented before the forest court for hearing of a case lodged against him in 2015.

A spokesperson of the League in a statement issued to news agency said the judge fixed the next hearing of the case on 29-03-2019.

After the hearing, Masarat Aalam was taken back to Jammu jail, he said.
Referring to prolonged and “unlawful” detention of Masarat Aalam, the spokesperson said, “Aalam is languishing in jail since long, however, it is quite disheartening that he is being subjected to vengeance by state authorities.”

“The administration has made its mind to place Masarat Alam behind bars and it is using PSA and other baseless charges as a tool otherwise courts have repeatedly quashed his detention and directed his release,” he said.

He said jailing Masarat Aalam on “concocted charges” and repeatedly slapping PSA on him to prolong his incarceration is “nothing but a travesty of justice and democracy”.
“Masarat Aalam has been booked under fabricated cases. A conspiracy is being hatched to keep him behind the bars. Authorities don’t want to free him. New ways and means are being devised to harass and intimidate him, but he will never succumb,” the spokesperson maintained.