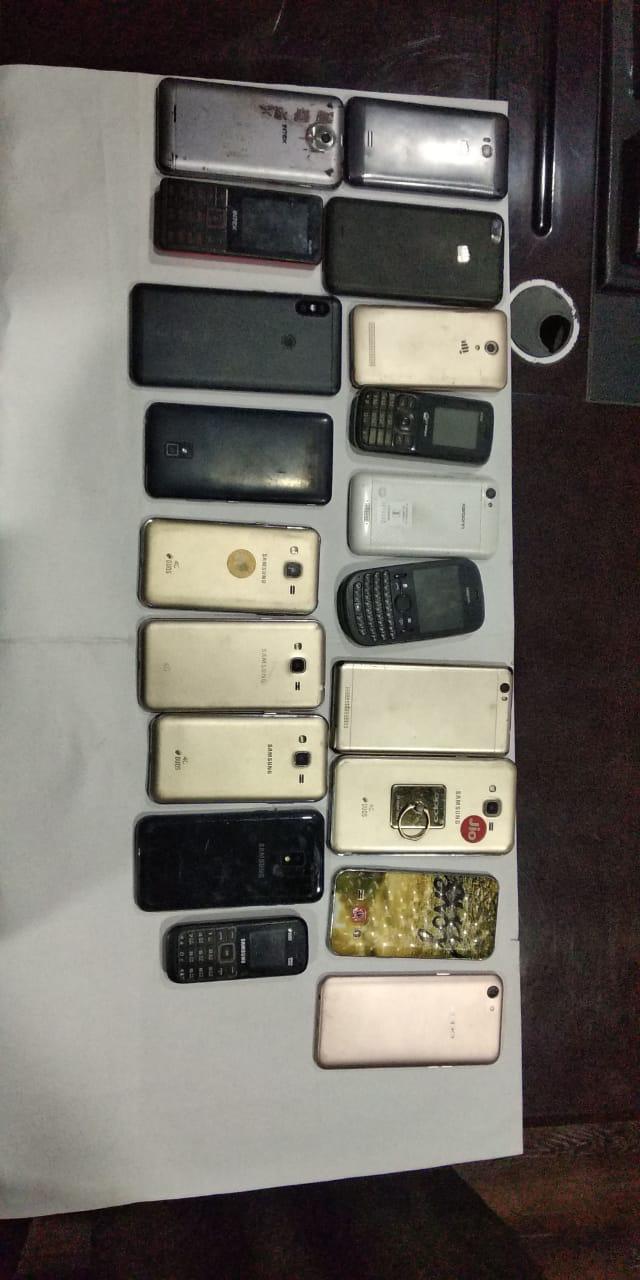 Srinagar, 20 March 2019.Police Station Soura arrested a thief who used to steal Mobile Phones from Patients/attendants during their waiting in queues for obtaining OPD Tickets and other medical reports near ticket counters and other report collection counters.

A Total of (19) Nineteen Mobile Phones of worth approximately 03 lacs were recovered and the accused was accordingly arrested.

Police Station Soura was getting numerous complaints of Mobile thefts from various persons visiting SKIMS Soura for their treatment/follow up.

In this regard case FIR No. 10/2019 U/S 379 RPC was registered in Police Station Soura and investigation set into motion.

A Police Team headed by SI Waseem Jehangir (SHO P/S Soura) under the supervision of SDPO Hazratbal Shri Rameez Rashid Bhat-JKPS was formed to solve the Mobile theft cases. The Police team by utilizing various methods / sources got the input about the suspect involved in stealing of mobile phones from patients/attendants at SKIMS Soura. The suspect was apprehended and during questioning he confessed for his involvement in the theft cases.

During questioning the accused disclosed that he used to target patients/attendents waiting in the qeues for obtaining OPD tickets and other reports neat Ticket
and other Report collection counters where aften a huge rush of patients / attendants is witnessed.

No ‘Holi’ Celebrations At Raj Bhavan This Year: Governor

Panthers Party to contest all six LS seats in J&K