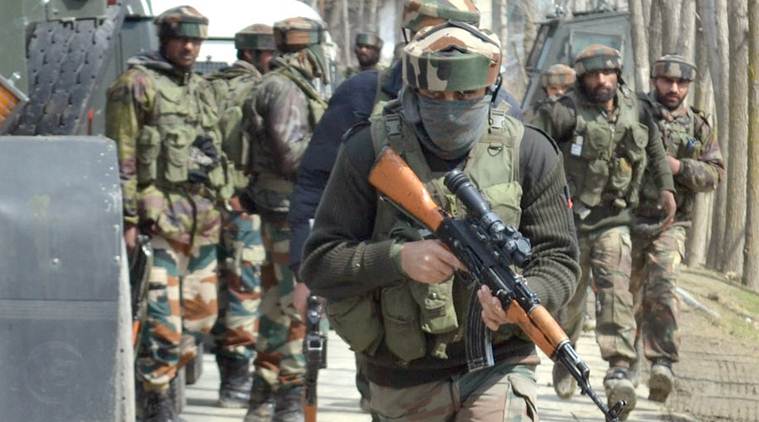 A senior Police officer told news agency that as the forces intensified searches towards suspected spot the hiding militants fired upon goverment forces triggering an encounter.

The officer further said that earlier we had brought family of a trapped militant to the encounter site to persuade him to surrender, however it came out futile.

As per the sources one or two militants are believed to be trapped including a top commander.

Reportedly one cop is said to be injured and shifted to Hospital for treatment.

While this story was being filed intermittent firing was going on.

Meanwhile internet has been also suspended in the parts of Sopore for precautionary measures.(GNS)

Any intention of experimentation with basic ideology of fundamentals can be disastrous: Sajad Lone

Man injured after hit by axe during scuffle in Bandipora village