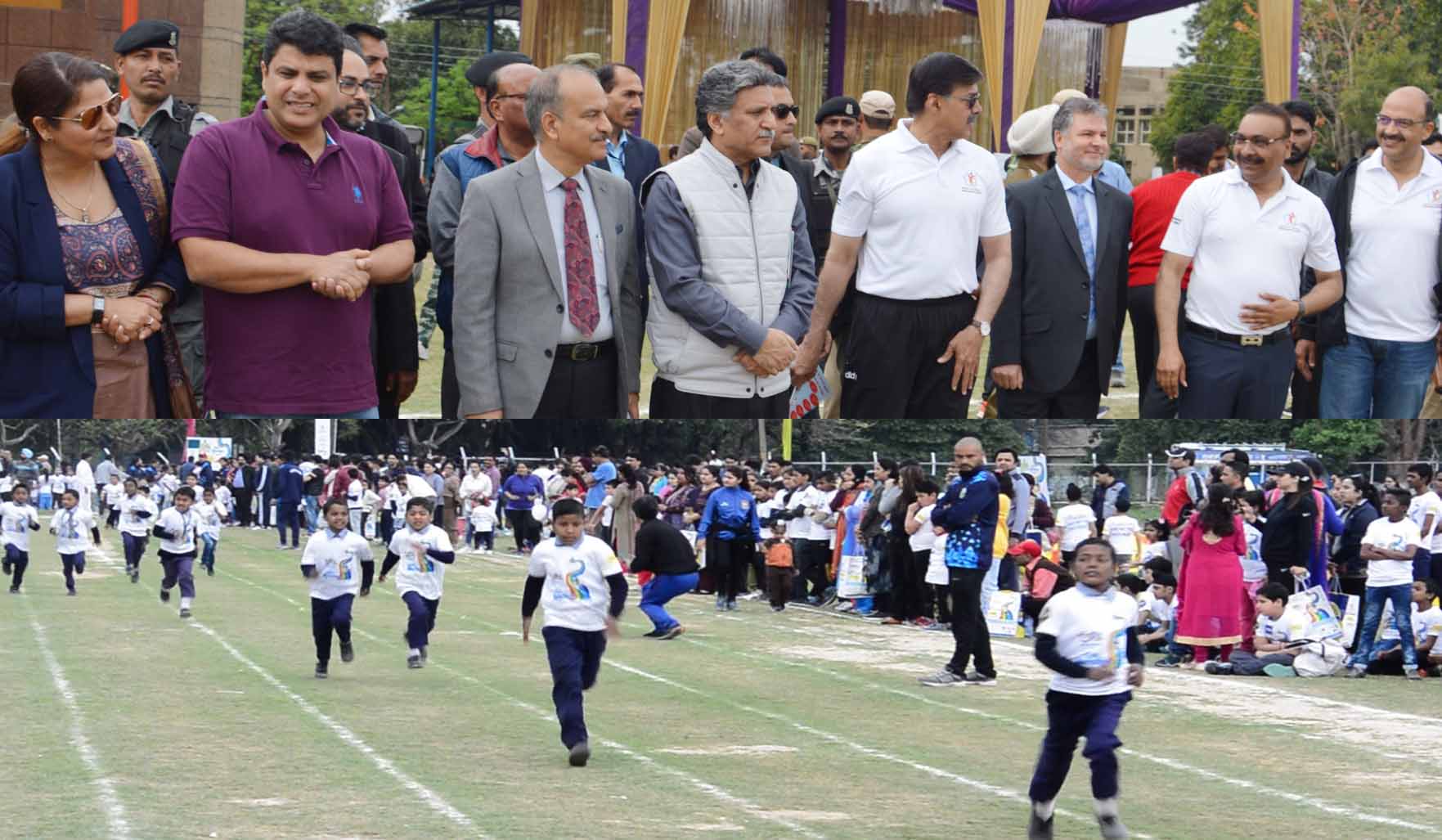 JAMMU, MARCH 24: Advisors to Governor K Vijay Kumar and Khurshid Ahmed Ganai today called for the need to celebrate running to promote physical fitness and highlight the importance of a safe and healthy environment for children.

The Advisors said during the inaugural functions of kids marathon, organized by Samagra Shiksha and State Sports Council in collaboration with Jammu University, Little Millennium School and FM Radio Mirchi here at University of Jammu ground.

The event was organized in different categories for children between the age group of two and 10 years. The ‘marathon’ was conducted to the movement against child abuse and promotes the healthy development of children.

More than 2000 children participated to run against the menace of Child Abuse in the state.

The Advisors appreciated the efforts of the organizers in choosing a healthy way to create awareness about the menace as the incidents of child abuse in the vulnerable age group of 2 to 10 years in our society. The first step in ending the cycle of child abuse and neglect is spreading awareness and educating the public on this epidemic.

The Advisors while interacting with the audience lauded the initiatives of Director Samagara Shiksha and JK Sports council to bring more than 1000 children of government schools especially girl children from economically weaker sections which are the most vulnerable group. They advised all the stakeholders to continue the momentum built by this massive event in future to eradicate the evil of child abuse from the society.

Dr Arun Manhas apprised about the various initiatives undertaken by the Directorate for the benefit of the children and children with special needs.

He spoke about the importance of creating awareness in the society about the child abuse which is not only limited to sexual assault but also to physical & socio-emotional abuses. He said that the same is required to be eradicated to lay the foundation of a society in which the children can have a safe future.

Chief Learning officer Akhila Magotra while presenting the note of gratitude elaborated that the idea behind bringing all the stakeholders like Education sector, sports council, media, corporate, civil society to one platform is to kick start the brainstorming on how to prevent the impressionable minds of children from the scars of child abuse.

Meanwhile, mesmerizing performances were made by the little angels of Little Millennium during the inauguration and warm up to the event on Zumba beats.