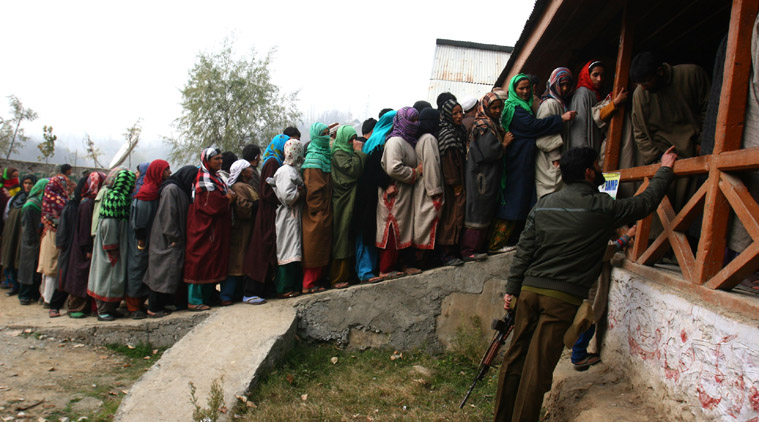 Srinagar, Mar 27: The special observers appointed by the Election Commission of India who met top officials of the various security agencies here on Monday, are all set to give feedback to the election commission of India to help it decide on holding assembly elections in Jammu and Kashmir.

Three observers’ former civil servants, AmarJeet Singh Gill, former DG CRPF Noor Muhamamd, and Vinod Zutshi an IAS officer were appointed by the ECI to assess the ground situation in Kashmir and that they also were given a mandate to meet the political parties, heads of security agencies, and also the local people.

Sources said that special observers Monday met top officials of the security agencies and get feedback on how early the assembly polls can be held in the state.

Sources said that the observers will soon convey their feedback to the election commission, wherein the electoral body will take it into account to decide the schedule for the State Assembly election.

Sources said that the election commission regularly, and on real-time basis, is monitoring the situation in the state and taking inputs from all necessary quarters on a decision regarding the Assembly elections.

Almost all political parties in Jammu and Kashmir had criticized the EC’s move of not conducting the assembly polls along with general elections in the state.

Since the Jammu and Kashmir Assembly has been dissolved, the EC is bound to hold fresh polls as well within a six-month period, which will end in May.

While there was a view that the assembly elections can be held along with the Lok Sabha polls, The ECI decided to hold Lok Sabha polls in the trouble-ravaged state and defer the assembly polls citing security situation and huge need of additional forces for securing the contesting candidates. In J&K, there are 87 Assembly seats.

The State plunged into the Governors’ rule last year after the sudden withdrawal of support to the PDP by the BJP. The New Delhi removed Governor of the State, NN Vohra with Satya Pal Malik, who after completing his six month’s stint was made as the care take Governor with State taking a plunge into presidential rule.

It is to mention here that the BJP National general secretary, Rammadhav Wednesday said that they have asked election commission to hold assembly elections in the state as early as possible.