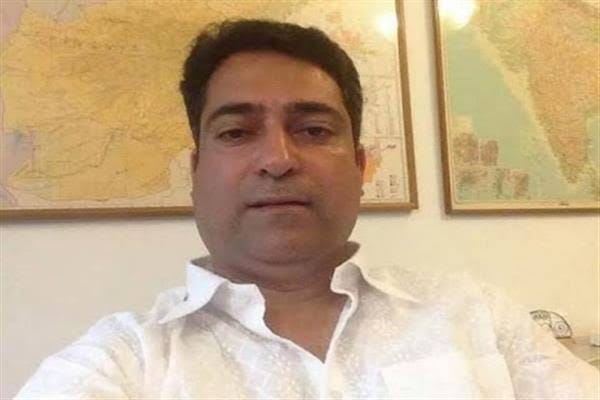 Srinagar: BJP leader and parliamentary candidate for Srinagar seat Khalid Jahangir held poll rallies in Ganderbal and Srinagar and appealed people to vote for the candidate who does not befool them just to get power.

Addressing people in Nunar, Balhama and Ganderbal, Khalid said that National Conference, PDP and Congress have befooled people of Kashmir from the last five decades for power.

“In Kashmir, these parties provoke people against New Delhi by raising hollow slogans of protecting state’s interests, but the fact is these parties have enjoyed power by the patronage of New Delhi. These same leaders speak against Kashmiri people in New Delhi,” he said.
He appealed people to be conscious and do not come fall in the trap of sugarcoated statements of the parties who promote their dynasties only.
“These parties befool you and make big promises during elections. But these are mere tactics to get their sons and relatives in political power. They have exploited people pain and interests for their own prosperity,” he said.
Khalid is contesting from Srinagar against NC president Dr Farooq Abdullah and PDP candidate Syed Aga Mohsin.