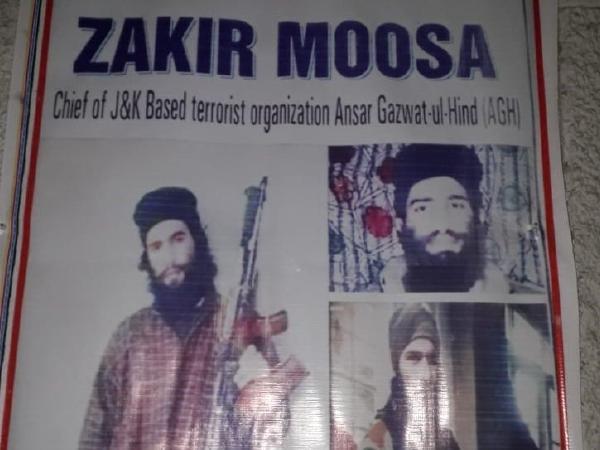 Srinagar, April 8 : Militant commander Zakir Musa has released an audio message after a year-long silence, accusing both India and Pakistan of conspiring together to end the “jihad in Kashmir.”  He also appealed people to stay away from upcoming polls, terming voting  a “polytheistic act, whether it is held in Kashmir or Pakistan.”

“Pakistan and India, both slaves of America, are trying to demolish the Jihad in Kashmir. If this happens, we will be held accountable for (failing to protect it) on the Day of Judgement,” purportedly he said in a 15 minute-long audio. Kashmir In-Depth could not confirm the authenticity of the video.

Musa also praised the Taliban movement of Afghanistan and said they were the example to be followed by the militants in Kashhmir. “The entire world united against the Jihad in Afghanistan. For 17 years, the mujahideen of Afghanistan had no protector besides Allah and today you see, how the Mujahideen and Shariyat has won. This victory was possible only when they freed their Jihad from the traitors who backstabbed Jihad, these Mujahideen are a source of inspiration for us,” he said.

He also rejected any formula prepared by India and Pakistan to solve Kashmir issue and said that implementation of “shariyat was the only acceptable solution.”

Musa also paid tributes to the militants killed in Kashmir valley in recent months including his deputy Mohammad Saleh, alias Rehan Khan, who was killed in a gunfight last year.

Musa urged Muslim mothers in India to “prepare their sons for jihad” to protect their “faith and families” in the fresh audio statement that was released on social media sites.

The appeal by Musa to Muslim mothers in India comes after army’s Srinagar-based corps commander had made an appeal to mothers in Kashmir to stop their sons from picking up arms. (GNS)

“PaK didnt wait for snow to melt this year, is sending more and more militants to this side”: DGP