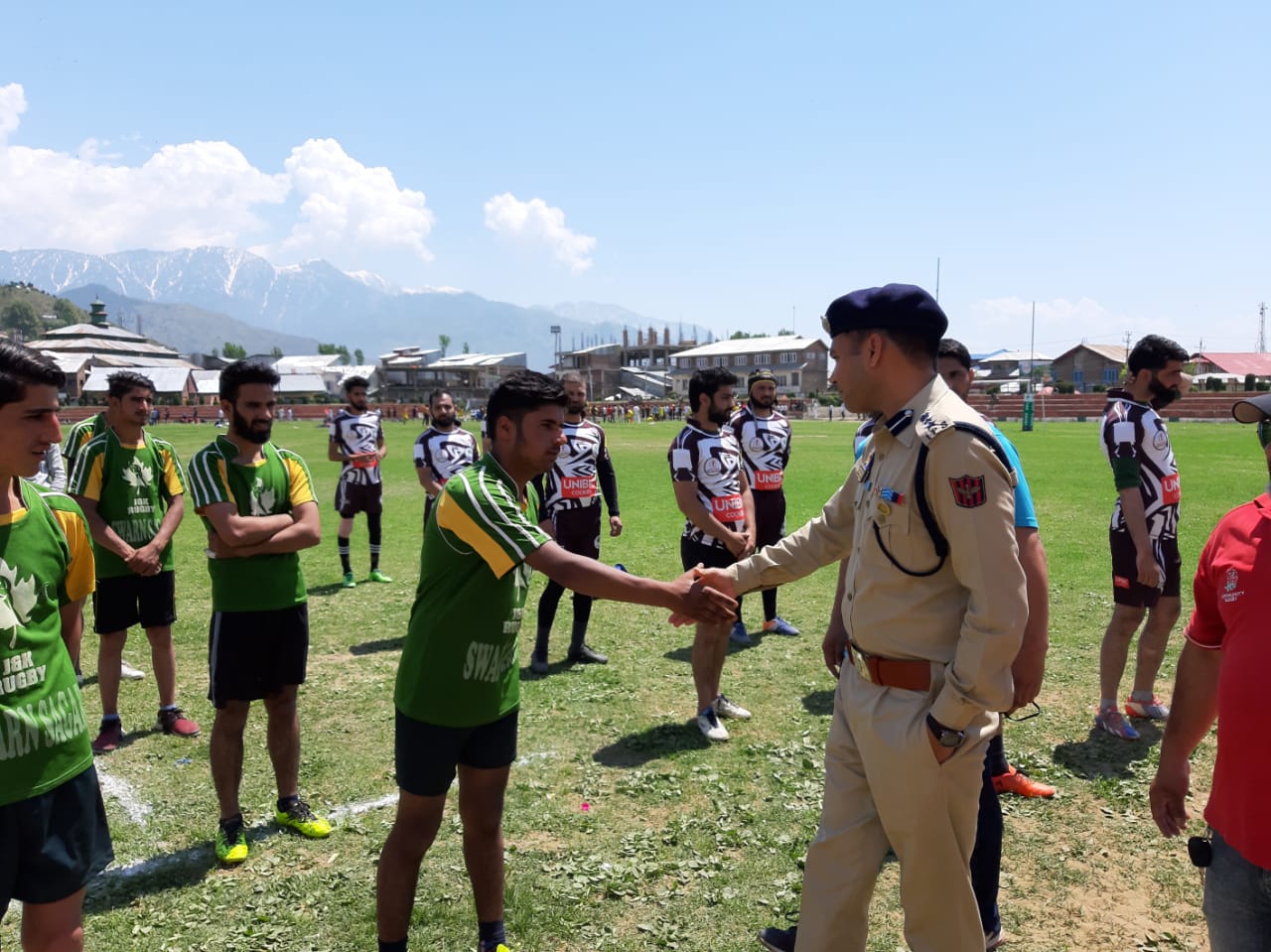 April 22: The closing ceremony of the 12th J&K State Rugby Championship -2019 was held at SK- Stadium in Bandipora. 37 teams from 13 districts of the state participated in this championship.

While interacting with the players and the management of the association, SSP Bandipora said that sports is the most vibrant means of channelizing the energy of the youth, besides forging unity among different regions of the state and the country.

SSP Bandipora further said that our youth are talented and motivated to excel in different fields as they have proved it at the national and international fora on many occasions.

The association presented a memento to the chief guest and thanked him for sparing his valuable time which has encouraged the association and boosted the morale of the players.

SC gives 2 weeks time to GoI, JK Govt to respond to plea against ban on civilian traffic on Kashmir highway

Militancy shall be wiped out from Kishtwar: DGP

Bandipora admin begins production of 4 lakh masks for its citizens