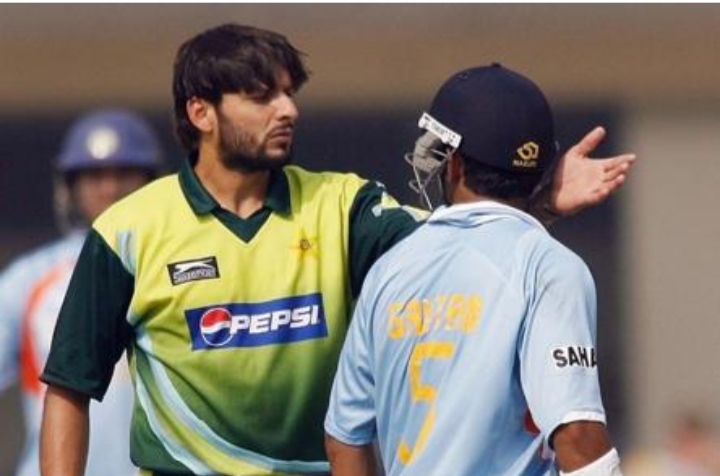 Shahid Afridi slammed former India opener Gautam Gambhir by terming him as someone who has no personality and who has a lot of attitude problem in his recently released autobiography ‘Game Changer’. Afridi’s autobiography has been in the news as the former Pakistan captain revealed his actual age in it.

Referring to his rivalry with Gambhir as personal, Afridi went on to launch a no holds barred attack on the former India opener. “Some rivalries were personal, some professional. First the curious case of Gambhir. Oh poor Gautam. He & his attitude problem. He who has no personality. He who is barely a character in the great scheme of cricket. He who has no great records just a lot of attitude.”

Afridi further went on to add that Gambhir’s attitude cannot be termed as competitive, in fact, he was full of negativity during his playing days.

“Gambhir behaves like he’s a cross between Don Bradman & James Bond. In Karachi we call guys like him saryal (burnt up). Its simple, I like happy, positive people. Doesn’t matter if they are aggressive or competitive, but you have to be positive & Gambhir wasn’t,” he further wrote in his autobiography.

It all started back in 2007 when Afridi and Gambhir were involved in a bitter spat during an India vs Pakistan ODI in Kanpur. Both were fined for breaching the ICC Code of Conduct . Reacting on the incident, Afridi said, “I remember the run-in with Gambhir during the 2007 Asia Cup, when he completed his single while running straight into me. The umpires had to finish it off or I would have. Clearly we had a frank bilateral discussion about each other’s female relatives.”

Interestingly, former India mental conditioning coach Paddy Upton termed Gambhir as mentally insecure in his newly-released book. But Upton also said that Gambhir’s insecurity did not stop him from becoming one of India’s most successful openers.

“Let’s say his range was 20 to 40 with 30 being normal. When he scored 150, he would be disappointed in not scoring 200.” Upton wrote that no matter what he and then coach Gary Kirsten did Gambhir was “negative and pessimistic.” Upton then explained the contradiction and myth associated with mental toughness.

Gambhir, who is a now a politician and competing from the East Delhi constituency, told PTI that he was confident that there is “no sinful intention in Upton’s views as he is a nice man and in any case his insecurities are well documented”.

Shopian gunfight: Bodies of slain militants handed over to families for last rites*