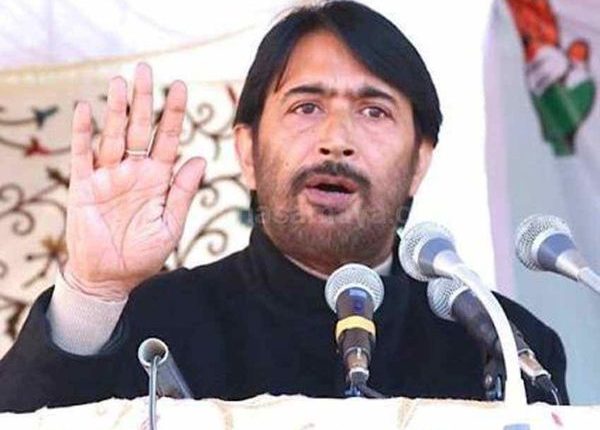 Srinagar May 9, 2019. The Jammu and Kashmir Pradesh Congress (JKPCC) has hit out at Narinder Modi over his remarks against Former Prime Minister (Bharat Ratna) Rajiv Gandhi, describing it as highly deplorable, unacceptable and uncalled for.

The Party also said that the abusive language against Rajiv Gandhi has disheartened the country men at large, Modi cannot transform his defeat into victory under the garb of targeting a Martyr.

The unprincipled remarks were out of frustration while having sensed defeat in the ongoing Parliamentary elections across the country on the part of outgoing PM, G.A. Mir said.

Rajiv Gandhi has taken prestige of the Nation to the new heights in every respect, worked tirelessly for the upliftment of people irrespective of their caste or religion, targeting a Martyr like Rajiv Gandhi Narinder Modi has exhibited his real vision & level, who could not digest the popularity & leadership qualities of Former Prime Minister, Mir said.

The Former Prime Minister had contributed immensely to the overall development of the Country, by targeting him Narinder Modi has hurt the sentiments of the Nation, people will never forgive him for his politics of deceit and falsehood, G.A Mir said

Rajiv Gandhi sacrificed his life for the integrity of the Nation and shall always be remembered for his remarkable achievements as Prime Minister of the India, he said.

Mir also hit at BJP over attempting to bribe Reporters in Leh, besides threatening people to ensure that they vote for them, the Saffron Party has crossed all limits of coercion and repressive measures to secure votes, he said and sought stern action against the BJP Leadership for violation of MCC in Ladakh.

Referring to the toll tax at Charsoo, Mir emphasized the Govt to revisit its decision of levying tax on the movement of the people and sought exemption of locals, with immediate effect, as that the people were not able to pay taxes on daily basis,the decision deserves to be rectified in the larger interest of the people, GA. Mir added and said the toll tax will further congest the Kashmir economy.

The meeting also thanked the electorates of J&K especially South, central and North Kashmir Kashmir, hailing them in their endeavor to strengthen the democratic process in Kashmir valley, although the voter turnout remained very low, but it was good to observe that people believes in democratic process, G.A. Mir added.

Two of family among four injured in Kreeri road Mishap

DDC stresses for augmentation of power scenario at Kupwara