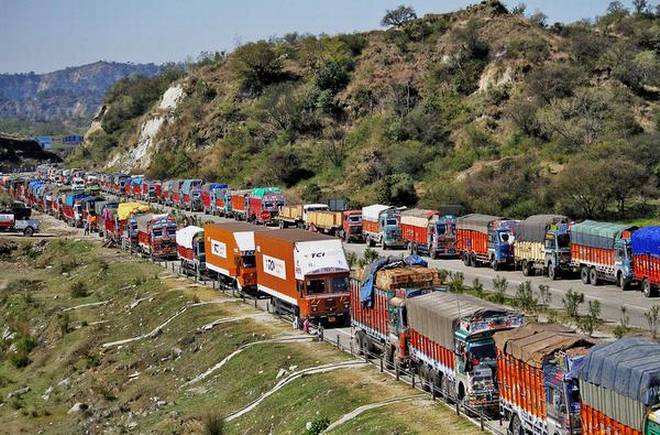 Jammu,  (PTI) The Jammu-Srinagar National Highway was reopened for traffic on Friday night after two days of closure due to landslides in Ramban district, leaving over 3000 vehicles stranded, officials said.

The only all-weather surface link between Kashmir and the rest of India, the national highway was reopened for vehicular traffic yesterday night  (Friday) after clearance of debris at Digdol on highway, officials said.

The authorities have allowed only the stranded vehicles to move, they said.

Earlier, during the work of the clearance of the landslides at Digdol on highway, fresh landslide took place resulting in closure of highway for the second day, they said.