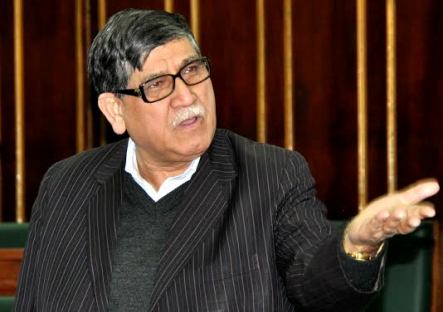 Srinagar, May 13:  Jammu and Kashmir National Conference on Monday asserted that serving speedy justice to the rape victim of Sumbal was the biggest challenge of the governor administration, saying the perpetrator of the gut wrenching and horrendous act should be served exemplary punishment.

Party’s senior leader and former speaker Muhammad Akbar Lone, according to a statement issued , while condemning the horrific incident said, “The evil beast who has committed this crime deserves capital punishment. The act has shamed the whole humanity and human values. I take this opportunity to impress upon the governor administration to have this particular case tried in a fast track court. It is indeed a monstrous crime and needs to be condemned by all. I express my sympathy with the family of the victim and assure them all possible help from my side.”

Lone said that serving speedy justice was the challenge for the incumbent administration. “It is expected from the governor administration to rise up to the occasion and serve exemplary  punishment to the person behind the crime that has send shivers down the spine of every right thinking person.  I stand in unison with the affected family. I pray for bright future and speedy recovery to the victim,” he said.

He further necessitated for strengthening the legal framework to deal with such incidents. “The local police should be equipped and trained to deal with such gruesome incidents; besides that it is expected of the governor administration to give economic support to the victim’s family so that she rises on her feet again. I also urge the society to strongly come out against the heinous crime notwithstanding their caste, creed and sectarian considerations,” he said.