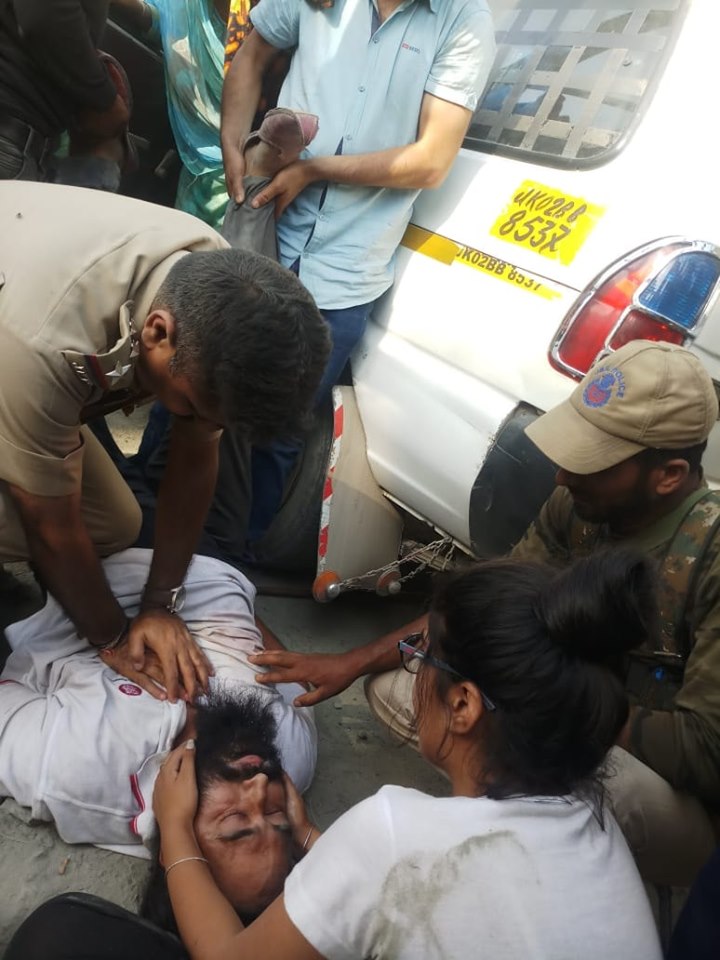 Jammu, May 13 : An inspector of Jammu and Kashmir Police has saved a precious life of a man, who suffered cardiac arrest while travelling towards Srinagar from Jammu in a cab, sources here said on Sunday.

An eyewitness said that a man alongwith his family including a wife and a daughter, was travelling in a cab from Jammu to Srinagar but when they reached near Digdol in Ramban, the man, suffered a cardiac arrest.

”There was a long traffic jam in view of landslide and the vehicular movement was at snail’s pace”, said a police official.

He added that the man in the cab fell unconscious due to sudden heart failure and added, ”the family raised an alarm for help.

The Station House Officer, Ramban, Vijay Kotwal, who was present there on duty, immediately swung into action, they added and said that the police officer immediately gave Cardio-Pulmonary Resuscitation (CPR) to the patient and saved his life.

”The man after gaining conscious was shifted to Srinagar hospital and his condition is stated to be stable”, a police official said.

The locals however, lauded the action of the cop while the Jammu and Kashmir Police Department has also appreciated the role of the Station House Officer in saving a precious human life. (UNI)

Amid Shutdown, students Protest rocks in Sopore against the rape of 3-year-old girl