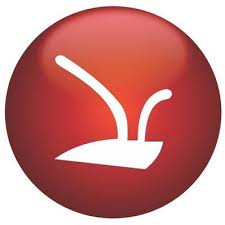 Srinagar, May 24 : Jammu and Kashmir National Conference on Friday thanked people of Kashmir for a spectacular mandate in its favor saying that the party is committed to  work towards protection of states special status and devout its energy for protecting the pluralistic ethos of the state.

Party general secretary Haji Ali Muhammad Sagar while thanking people for giving a strong mandate in favor of NC candidates from all the three parliamentary seats of Kashmir said, “I am indebted to people of Kashmir for reposing their faith in our party. I appreciate the resolve of voters, who in spite of the numerous vulnerabilities came out and reposed their faith in our party. The victory would not have been possible without the dynamic leadership of party vice president Omar Abdullah. The sweep that the party has been able to achieve in the Kashmir division owes its being to the collective efforts of party functionaries and party workers. I again take this opportunity to express my heartfelt gratitude to each and every worker of ours, it is their victory, and it is the triumph of truth over falsehood, and the falsehood is bound to perish.”

Party general secretary said that team of elected parliamentarians under the capable leadership of party president Dr. Farooq Abdullah shall work tirelessly both inside and outside the parliament for putting up a strong front against the machinations aimed at destroying the special status of the state. “There are other big challenges too that the state is facing in the shape of unemployment, development deficit and economic condense. The party with the active participation of people shall leave no stone unturned towards unleashing a new era of development, prosperity and peace in the state,” he said.

Meanwhile party’s provincial president Nasir Aslam Wani while addressing a workers meet at party headquarters, Nawa- e –Subha, Srinagar said that the party was alive to the development demands of the people. “We are privy to the fact that development and prosperity have been the major causalities of the former BJP-PDP coalition. Once in power the party will make amends to the imprudent policies of the former coalition government.  On one hand the party will fight for the safe guard of the identity of the state and on the other the motor the sluggish pace of development in the state, with the help of god and the proactive support of the people of the state we will indeed be able to deliver on both the fronts,” he said adding, “The people of the state are yearning for an elected government to provide for the basic amenities of the state. In no case can the advisors of the governor replace the elected institution of legislature. It is only an elected government that can mitigate the mounting woes of the people.”