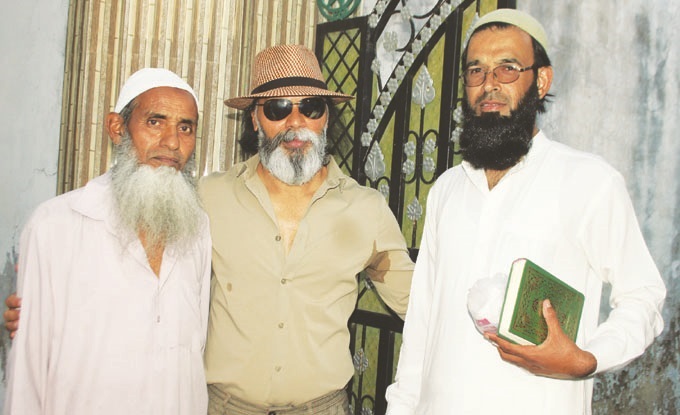 JAMMU, May 27: Editor Early Times, Munish Gupta, on Monday said that the forthcoming Assembly elections are a golden opportunity for the people of Jammu to teach non-performers a lesson.

Munish, who would be contesting the forthcoming Assembly elections as an Independent candidate from Gandhi Nagar constituency, met people from different walks of life in upper Exchange Gadigarh and Karan Nagar basti for the fourth consecutive day today.

Munish informed the masses that they are the “fountainhead of the power” and the people who reach the Assembly and the Parliament are the one among us.

“They are no VIPs and don’t enjoy any special status. Your vote counts. You are the ones who send them to Legislative Assembly and Parliament. It’s unfortunate that after getting elected these leaders forget the people, who repose their trust on them and give them a chance to represent them,” he added.

Munish said that Assembly elections in the state are on cards and these are a golden opportunity for the people to teach “non-performers” a lesson. “You are all aware about what the people whom you voted for have done for you during all these years. Now the ball is in your court and you have to take a decision about whom you should choose,” he added.

Encounter breaks out in Kokernag forests of south Kashmir

Around 15 shops gutted in fire in Banihal

Reopening of schools: DC Rajouri reviews arrangements; Over 12000 students to be tested