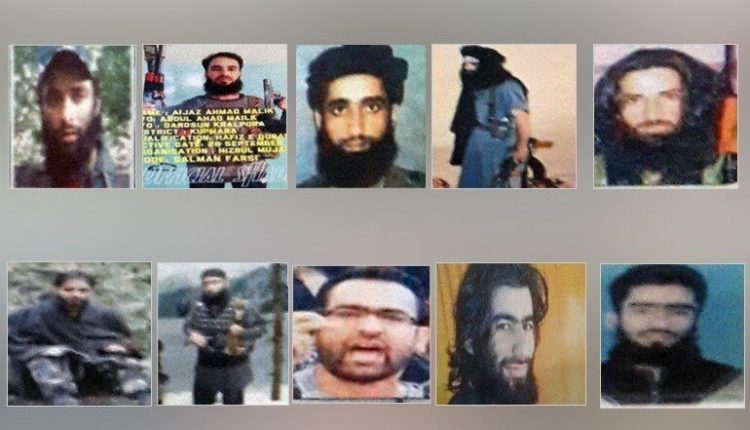 Amit Shah, who took over as home minister on Saturday, has been holding marathon review meetings with several agency heads to gauge the law and order situation in India. And it seems like Jammu and Kashmir is on top of the agenda. In the last three days, Amit Shah has met Director Intelligence Bureau Rajiv Jain and Home Secretary Rajiv Gauba. He has also been briefed by Jammu and Kashmir Governor Satyapal Malik. As per reports, security agencies have prepared a fresh list of top 10 targets in the Valley.

Security agencies have already eliminated 101 militants from January till May 31, 2019, which averages to 20 militants per month. As per officials, out of the 101 militants, 23 were foreigners and 78 local. They include top commanders such as Zakir Musa, the chief of so-called Ansar Ghazwat-ul-Hind, a group affiliated with Al Qaeda.

But what is keeping the security establishment worried is the large number of new recruits.

According to security agencies, 50 youngsters have joined various terror outfits since March and the security establishment needs to find a better way to cut off the supply chain and can even consider educating families on radicalisation of the youth. This fresh top 10 list includes the militant from Hizbul Mujahideen, Lashkar, Jaish and Al-Badr.

India Today TV got the details of these top 10 targets and Hizbul Mujahideen chief Riyaz Naikoo is at the top of the list.

Militants are listed under different categories – from A++ (being the highest) to A+, A and B. An A++ category militant is first on the hit list of security forces.

Mohamammad Ashraf Khan alias Ashraf Maulawi is at No 3 on the list. He is allegedly active in Anantnag and associated with Hizbul Mujahideen. Next in the list is Mehrazuddin. Believed to be from Hizb camp, he is reportedly active in Baramulla and is area district commander.

At number 5, the ministry has listed Srinagar-resident Dr Saifulla alias Saifulla Mir alias Dr Saif. He is suspected of being associated with Hizb group and helping in recruitment of militants in the area.

Another Hizb cadre Arshaid-ul-Haq is at number 6 from Pulwama. Haq belongs to A++ category. He is reportedly district commander of Hizbul Mujahideen in Pulwama.

Pakistani militant Hafiz Omar is at No 7. Agencies say he sneaked into Indian side after taking training in Balakot training camp. Currently, he is Jaish chief operational commander, they said.

Another JeM militant Zahid Sheikh, also known as Omar Afghani, is at number 8. He is said to have had an experience to fight against NATO forces in Afghanistan. He sneaked into the Valley after taking Taliban training, security agencies said.

Al-Badr top cadre Javed Mattoo, also know as Faisal/Saqib/Musaib, is on the ninth spot on the list. He is said to be active in north Kashmir and is reportedly active as divisional commander in the area.

Another Hizb militant Ezaz Ahmed Malik is also in the target list. As per agencies, he is active in Kupwara and is operating as district commander in the area.

As per agencies, there is a sudden surge of militants from Hizbul Mujahideen joining Ansar Ghazwat-ul-Hind, especially after the elimination of Musa on May 23. The officials, many of whom are engaged in either fighting militancy on the ground or formulating strategy, believe there is a need for having a re-look at all anti-militancy policy and for engaging with youths and parents to educate them about evils of radicalisation.

Among the militants killed, Shopian accounted for a maximum of 25, including 16 local militants. Pulwama was second with the killings of 15 militants, followed by Awantipora with 14 and Kulgam with 12. However, all these highly-volatile areas in south Kashmir continue to contribute more youths to various militant groups.

Officials said infiltration was also picking up and some of the militants had managed to sneak in from Poonch and Rajouri districts of Jammu region as well as from the LoC in Kashmir Valley. This created a more alarming situation for the security forces which were readying themselves for the two-month-long Amarnath Yatra beginning this month-end.

After the February 14 terror strike in Pulwama, the officials feel, encounters between terrorists and security forces have turned into spectacles with protests and stone pelting by locals at sites, followed by large gatherings at funerals. The entire phenomenon has the potential to create an emotionally charged environment ideal for recruiting fresh cadres, they added. As per agencies, presently, 286 militants are active in the Valley, out of which, 109 are foreigners and 179 are locals. Out of 109 foreigners, 80 belong to Pakistan-based terror outfit Lashkar-e-Taiba.

Those skipping exams will lose their studentship: JNU

Pakistan Indulging In ‘Proxy’ War Since It Can’t Win ‘Conventional’ One: Rajnath Singh