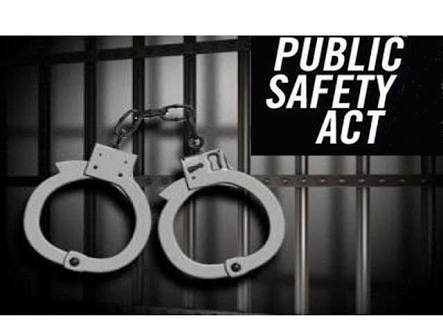 Srinagar, June 13: Amnesty International has said that authorities in Jammu and Kashmir are frequently misusing Section 19 of the PSA to issue repeated detention orders, creating a “revolving-door detention” system.

“Authorities frequently misuse Section 19 of the PSA to issue repeat detention orders to keep people in detention for prolonged periods,” Amnesty said in a report which was actually to be released by it in Srinagar but were “barred by the authorities.”

“The authorities frequently issue repeat detention orders on the same grounds as earlier orders, arguing that the earlier orders had been quashed on “technical grounds” even when they were quashed on substantive grounds,” it said in the report mailed to media. “This then contributes to creating a “revolving-door detention” system, where detainees whose PSA orders are quashed are immediately detained again under fresh orders on identical or similar grounds,” it says.

Referring to a case of one Abdul Rashid Rather, amnesty said that he was arrested in November 2016 for allegedly organizing violent protests and throwing stones at government forces, and was detained under the PSA a few days later. In September 2017, the J&K High Court quashed the order, stating that Rather had not been informed that he had a right to make a representation to the detaining authority, it said. However, Rather was not released, and was instead “implicated” in another criminal case, the Amnesty said.

“In October 2017, he was detained again under a new PSA order, which stated that the earlier one had been quashed on “technical grounds”. Amnesty has referred to numerous other cases.   (GNS)