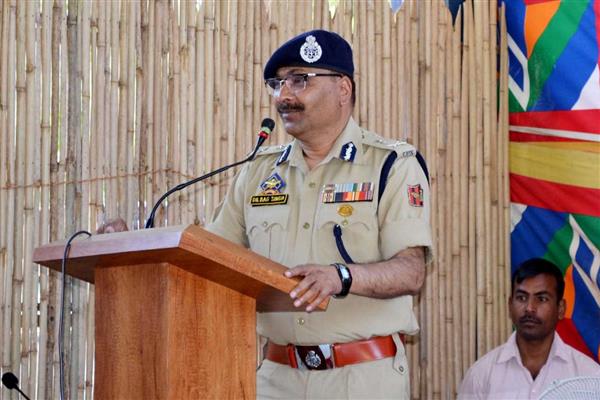 Director General of police said that consignment of drugs are smuggled from Pakistan and police has seized lot of quantities from Karnah, Ramban and in Jammu which were being supplied across the state to consume youth here.

“We have launched campaigns and legal action against smugglers. We are playing our role. Civil society and elders should play their part at the local level. Parents and social leaders have a responsibility to aware their children about the abuse of drugs,” DGP said.

He said that many consignments of drugs were being smuggled through LoC trade but the different Government agencies have seized the drugs and taken legal action.

The DGP said that poppy and bung is being cultivated in fee districts of South Kashmir which the local administration is destroying.

He said that district administration should take strict action against these cultivators.
He said that a big number of smugglers have been jailed.

“Government, civil society and people at large need to take a collective effort to curb the menace of drug abuse and it’s consumption among youth here,” he said. (KNS)

Will smoke perpetrators out, hold them accountable: Naqvi as militants target civilians in J&K