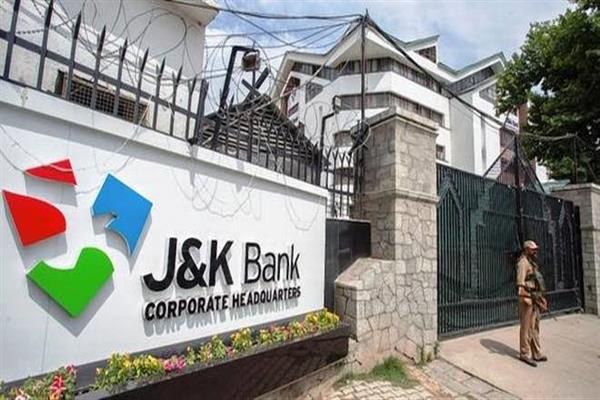 Case FIR No. 3/2019 u under section 5(1) (d) P.C Act Samvat 2006, punishable u/S 5(2) of the Act r/w 420 & 120-B RPC has been registered in Police Station Anti Corruption Bureau, South Kashmir (Anantnag) against Shiekh Imran Director M/S Kehwa Square Pvt. Ltd. BohriKadal Srinagar, officers of J&K Bank and other Govt officials, for illegal appropriation of subsidy with inflated project cost for establishment of CA storage at Lassipora, Pulwama .
During verification conducted by Anti Corruption Bureau kashmir, it came to light that one Sheikh Imran, Director Kehwa Group of Companies has submitted a proposal / DPR to J&K Bank for establishment of CA storage under the name and style of M/S Kehwa Square Pvt. Ltd. at Lassipora, Pulwama. As per the norms of Mission for Integrated Development of Horticulture (MIDH), a Joint Inspection Team (JIT) of various experts and government officials in association with Shiekh Imran Director M/S Kehwa Square Pvt. Ltd. conducted spot inspection of the site .The assessed cost of the project to Rs. 33.00 crores with the subsidy component thereof calculated to Rs. 16.50 crores i.e. 50% of estimated project cost (EPC), purportedly as per the norms of Horticulture Mission for North East & Himalayan (HMNEH) States was sent to empowered monitoring committee of MIDH, Govt. of India, for final approval. Subsequent to its approval, the State Government also constituted a Committee which did spot inspection and physical verification and recommended release of subsidy as per norms without altering or amending the component wise value of machinery and civil works, etc. As per norms, the subsidy component, after its release by the National Horticulture Board (NHB), the same was required to be kept in a separate account by the credit provider Bank termed as subsidy reserve fund with detailed terms and conditions for adjustment of the subsidy.
During enquiry, it also came to light that M/S Kehwa Group has 06 more business units.Sheikh Imran hasraised varied loan facilities / ODs (overdrafts) for these business units. The liabilities on account of loan accumulated to Rs. 138 crores. Since, one of the company Kehwa Square had turned NPA including its sister business concerns, Sh. Sheikh Imran sought one time settlement with J&K Bank authorities. The bank finally granted wave off liabilities of Rs.33 crores. Pursuant to the one time settlement , M/S Kehwa group was asked to deposit Rs. 105 crores in two installments with the first installment of Rs. 50 crores to be paid by 25.03.2017.
The enquiry further reveals that in order to usurp the subsidy component under the garb of promoting Horticulture activity/storage facility with the connivance of the Horticulture Officers and Bank Officials, the proprietor of M/S Kehwa Square Pvt. Ltd. Shri Sheikh Imran and his partners to declare the CA Store as NPA without paying even a single installment towards the bank while as the cost of the project assessed subsequently during enquiry by ACB was found much lower than the projected cost.
The enquiry reveals that this criminal design of Sheikh Imran and his partners was actually executed with the active support of the Officials of J&K Bank through business unit namely M/S Go Fresh whose proprietor/s Shri Nadeem Ahmad Mayar (Qasba) was roped in seeking a loan term of Rs. 36.10 crores with arrangement of margin money of Rs. 1.90 crores in lieu of the proposed transfer of the lease / property rights of this mortgaged business unit i.e. CA Store Lassipora in his favour.
The proprietor (s) of M/S Go Fresh Shri Nadeem Ahmad Mayar obtained the loan amount of Rs. 36.10 Crores, he physically took over the operation of the CA storage business unit without formal transfer of assets / liabilities in his favour. Ironically, the bank authorities extended the loan facility to the proposed buyer on the same property which was already under hypothecation with the bank as asset of the principal borrower i.e M/S Kehwa Square Pvt. Ltd.
Enquiry has further revealed that M/S Kehwa Square Pvt. Ltd. sought further concessions from the bank subsequent to the first OTS (One Time Settlement), were sought by it surreptitiously and consented to by the bank authorities whereof the second installment of Rs. 55 crores, duly payable after the first OTS was further reduced to Rs. 27 crores.
During enquiry it has come to fore that M/S Kehwa Group in furtherance of a well knit conspiracy with respective Government agencies and bank authorities under the garb of NPA and OTS/s in mutual conspiracy illegally benefitted the proprietor/s of M/S Kehwa Group with illegal appropriation of subsidy amount of Rs. 16.50 crores and layering of various transactions.
Thus, it is established that the M/S Kehwa Group has got their loan of Rs. 138 crores with J&K Bank, restructured for an amount of Rs. 78 crores and under a well knit conspiracy Sheikh Imran and partners of M/S Kehwa Square Pvt. Ltd. was extended with covert / overt support by Officers of J&K Bank and Joint Inspection Team, dishonestly and fraudulently, who by abuse and misuse of their official position as public servants conferred undue pecuniary / monetary advantage on M/S Kehwa Group of Companies thereby causing illegal appropriation of crores of rupees from State exchequer, for personal motives.

The investigation has been set into motion and further action as per law is in process.

Police, army handes over youths to families who were held while exfiltrating LoC in north Kashmir

Govt offices out of bounds for common masses in Kashmir, grievances remain unaddressed