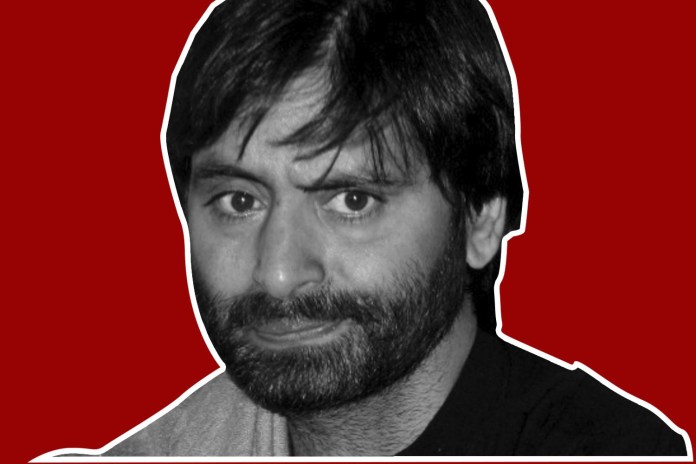 JKLF chief spokesperson Muhammad Rafiq Dar in a statement issued, said Malik is suffering from acute infection in one of his eyes since last two weeks. He condemned the attitude of jail authorities including its medical team and said due to their negligence the health condition of Malik is deteriorating day by day.

He said Yasin Malik is not being provided appropriate medical facilities in jail which is his due right. He warned authorities of dire consequences if this “ill-treatment” with JKLF chairman continues.

JKLF spokesperson asked the party leadership spread all over the world to show patience and wait for party high command directives for any protests against the government of India.

“JKLF has the capacity to launch a political campaign all over the world against India for its repressive policies in Jammu Kashmir,” Dar said, adding, “The news of Yasin Malik’s ill health has been a severe cause of concern for not only his family members but for party cadres and millions of people of the State too who love and follow him”.

“In order to save Yasin Malik sahib’s life”, the JKLF chief spokesperson appealed the local and international human rights organizations like UNHRC, Amnesty International, Asia Watch and human rights defenders to take notice of his health condition and impress upon India to provide basic human rights of the jailed political leader.

He criticized Indian authorities for “not providing such rights to other freedom loving Kashmiri leaders who have been languishing in Indian jails for years together”.

The delegation offered condolences with the bereaved families and prayed for prayed for highest status in Jannah for the deceased. (GNS)

No one called ex-JK CMs ‘anti-national’, decision on their release by UT admin: Amit Shah

Panel to probe against CIC an attempt to kill it: Ex-IC