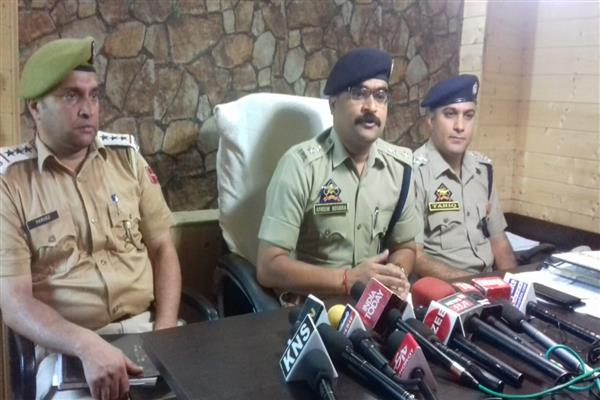 Kupwara, Jul 02 : A day after shocking video of teacher threatening to slaughter a minor student went viral on social networking sites; Handwara police on Wednesday said that they have taken cognizance of the video and two persons who are believed to have knowledge in this regard were detained for questioning.

Superintendent of Police (SP) Handwara Asish Mishra while addressing media persons at SDPO Handwara said the video has been captured before few months.

“Legal action has been initiated,”  adding that “we have detained two persons for questioning and those found guilty will be dealt strictly.”

He said police has taken cognizance of the video, consequent to which a case under FIR number 167/2019 was registered in PS Handwara under relevant sections of law.

“The persons detained who are believed to have knowledge about the incident are being questioned,” SP Handwara said, urging people to cooperate with police in dealing with such unlawful acts. (KNS)

Prolonged Spell Of Rain In J And K, Uttarakhand, Himachal From May 10-15