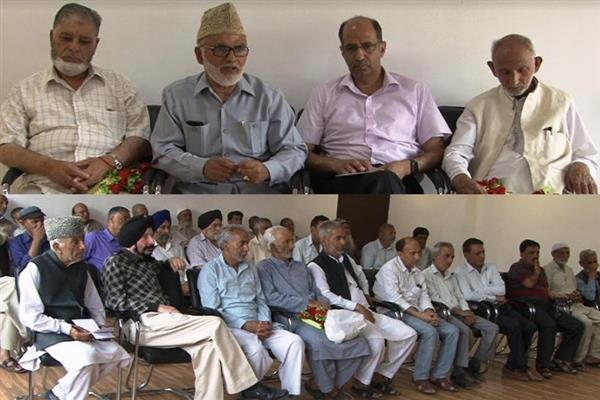 Srinagar, Jul 03: Jammu and Kashmir National Conference on Wednesday asserted the party has traditionally worked in the interest of the employees engaged in public sector, saying the party will continue to strive for the protection of the interests of the organized and the unorganized labor in the state.

Sagar said that Sher e Kashmir had started SRTC with just four buses. “The organization eventually achieved greater heights under the various NC led governments. Our party has always worked towards the establishment of institutions; the party has painstakingly ensured the even working of the institutions. It was Dr Farooq Abdullah who in his tenure added to the fleet of vehicles in SRTC,” he said adding, “The retirement age of the state employees were increased from to 58 during the Dr Farooq Abdullah led government. Keeping up with the agenda of party Omar Sahib increased the retirement age of the employees from 58 to 60. The work done by the party for the employees during its successive stints in the power speaks volumes about the importance that the party attaches to the welfare of the employees. In the future also the party will come up with a policy frame work for nurturing the public sector undertakings in the state. Rejuvenating the defunct state owned companies will top our agenda.”

Party’s provincial president Nasir Aslam Wani while interacting with the visiting delegations underscored the importance of a flourishing work force for the effective administration of the state. “We will ensure that the genuine demands of the workers are addressed to on priority basis. We will ensure speedy redressal of the issues of the in-service and retired employees,” he said.

The delegation of SRTC retired employees union was led by Ghulam Muhammad Beigh. The visiting delegation apprised the leaders about the range of issues concerning them. Party leaders assured the visiting delegations that they will raise the issues concerning them at appropriate forums. The leaders said the party was alive to the difficulties of both in-service and pension class of the employees of the state. (KNS)