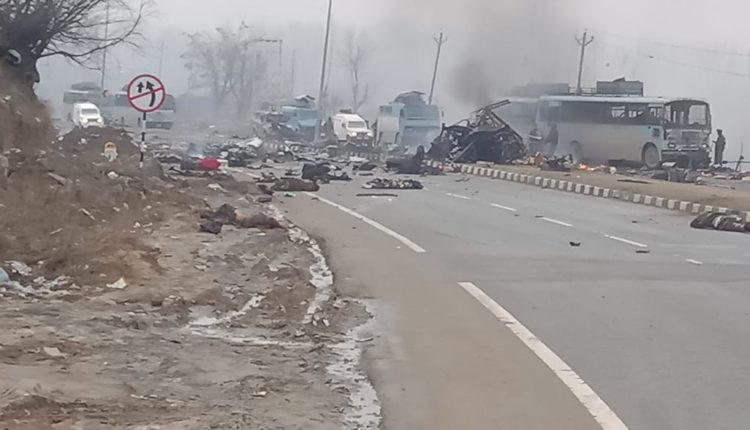 Four and half months after the deadly attack on a Central Reserve Police Force convoy in Kashmir’s Pulwama district, in which 40 troopers were killed, forensic experts have finally submitted their report on the explosives used by the Jaish-e-Mohammad in the high-intensity bomb, according to two senior officials in the National Investigation Agency (NIA).

Experts of the Central Forensic Science Laboratory (CFSL) in Delhi, which functions under the Central Bureau of Investigation (CBI), has concluded that the explosive used in the February 14 suicide bombing was a mixture of “RDX” and “ammonium nitrate”, which was assembled in a jerry can before it was placed in a Maruti Eeco car.

An NIA officer who asked not to be named said: “We have received the final report. It will be the most important (piece of) evidence in the charge sheet, which will be filed soon”.

Based on the forensic report, the investigators believe that the RDX was mixed by JeM in the bomb to multiply the impact of the blast.

The second NIA officer, who also spoke on condition of anonymity, said the impact was so strong that everything melted. The explosion was heard by locals several kilometers away and it took forensic experts days to pick the DNA samples from the site.

Indian intelligence agencies told investigators right away that military grade RDX was used and that this explosive was provided to militant outfits by the Pakistani military. They also suggested that the explosive was brought to India in different tranches in the months leading up to the attack.

When asked about the quantity of explosive used in the bomb, the second officer said it is usually guesswork in such explosions, but that be believes 30 to 50 kg of explosives were planted in the jerry can.

Aadil Ahmad Dar, a JeM militant from Kashmir, carried out the suicide bombing on February 14 when he drove the car laden with high intensity explosives into the convoy.

The Indian government retaliated for the attack by launching an air strike on a JeM training camp in Pakistan’s Balakot area following which the two countries came to the brink of war.

It was only after the Pulwama attack that China was forced to support India’s case for declaring JeM chief Maulana Masood Azhar a UN-designated global militant.

Meanwhile, the government, according to a senior ministry of home affairs official, has expressed its unhappiness over forensic experts taking so much time in finalising the report in such a sensitive case.

Discussions are already underway in the government to reform the country’s forensic laboratories, which are swamped by samples in thousands of criminal cases even as they cope with a massive shortage of equipment.

The NIA has arrested several JeM cadres and overground workers (OGWs) over the last four months while the mastermind – Mudassir Khan and others involved, Khalid, and Sajjad Bhat, were killed in encounters with the security forces.

Khan was directly in contact with JeM leadership in Pakistan for the planning and execution of the attack.(HT)

‘Talks On Kashmir Can Be Held Only At Highest Level’: Hurriyat

Akbar Lone dares BJP, RSS to file FIR against him