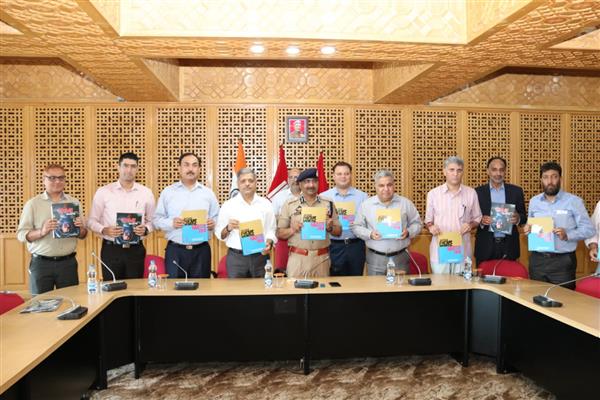 Dilbag Singh while unveiling the gazette congratulated the officers and officials of the State Crime Record Bureau of Crime Branch J&K, who remained associated with the compilation and publication of the Gazette.

The DGP J&K said that this book depicts the crime trends and other statistics of crime in our State. He further added that this crime gazette would not only give an overview of crime status in various Police Stations of the State but also help to shape up our future policies and strategies for combating the crime.

The crime gazette highlights increasing and decreasing trends in the crime scenario in the State during the year 2018 and also depicts the comparison of crimes to previous year i.e 2017. It aimed to be distributed among the Police officers to get an insight about the crime rates and growing crimes in their jurisdictional areas so the counter measures are taken strategically and effectively.

The crime gazette for which the data has been collected, tabulated and maintained by Crime Record Bureau was prepared and presented in the form of the book under the chairmanship of IGP Crime J&K S Ahfadul Mujtaba.

Withdrawal of security to political activists ‘arbitrary’, has no justification: Tarigami

Tourism has come to standstill affecting livelihood of a sizeable section of population: Tarigami