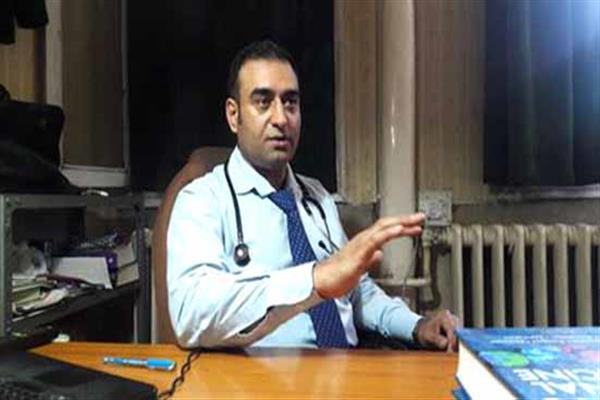 “Drug addicts are at a higher risk of contracting hepatitis and HIV and have the potential to spread these deadly infections to others,” said DAK President Dr Nisar ul Hassan in a statement issued.

“61 cases were tested positive for hepatitis C, 17 for hepatitis B and one for HIV during a screening of drug addicts at SMHS drug de-addiction center in the year 2018-19,” he said.

“This is the tip of the iceberg as most of the drug addicts do not seek medical attention and are not tested,” he added.

Quoting a study, Dr Nisar said each drug addict infected with hepatitis virus is likely to infect 20 others and this rapid transmission of the disease occurs within the first 3 years of initial infection.

“While much is being talked about substance abuse crisis in Kashmir, hidden beneath it lies another danger, the increasing spread of hepatitis and HIV infection associated with drug abuse,” he said.

“There is epidemic of hepatitis in the valley and substance abuse is the factor,” Dr Nisar said.
“According to a study published in 2017, screening of 2000 patients who attended Government Dental College and Hospital Srinagar revealed prevalence of 12 percent for hepatitis B and C infection respectively,” he said.

“38 percent population of two twin villages of Takia-Magam and Sonbarie in Kokernag area were found to be infected with Hepatitis C infection,” Dr Nisar Quoted another study adding that during a screening in 2018, 420 persons were found positive for hepatitis B and C in Vehil zone of Shopian area.

“There are around 460 cases of HIV infection registered in SKIMS hospital,” he informed.

“Hepatitis B, C and HIV infections are serious medical conditions and infected patients may not have outward symptoms of the disease for many years. That delayed onset makes screening important,” advocates Dr Nisar.

“These infections not only threaten drug users but the entire population is at serious risk. It is a ticking time bomb ready to explode,” cautioned Dr Nisar.

Sponsor Dr Ashraf Mir’s child for MBBS, it will continue his legacy: DAK