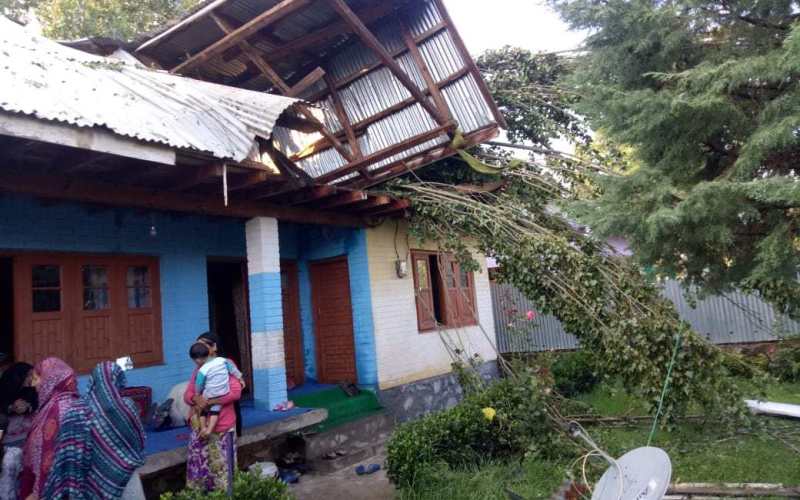 Reports reaching said life in Zaingeer belt of Sopore came to a standstill after hit by strong winds followed by heavy rains and hailstorm.

Many houses have been damaged at several places including Dooru, Botengoo, Watlab and other villages of Zaingeer, reports said.

“The hailstorm followed by windstorm and heavy rains continued for 10 minutes and destroyed standing crops at many places. It also damaged many residential houses,” a group of farmers of Dooru village told over phone.

When contacted, Additional Deputy Commissioner Sopore Ashiq Hussain Lily told that the teams have been directed to visit the affected villages to review the losses caused by rains and windstorm.

Reports reaching here said that strong winds uprooted a gigantic Chinar tree near Govt Girls High School, Dadsara in Tral, which resulted in damage of around a dozen motor bikes.

The windstorm also damaged a three-storey house, blew up roof-tops of some shops while also damaging several vehicles and a 250KV Transformer.

However, no loss of life has been reported from any places so far, reports added. (GNS).