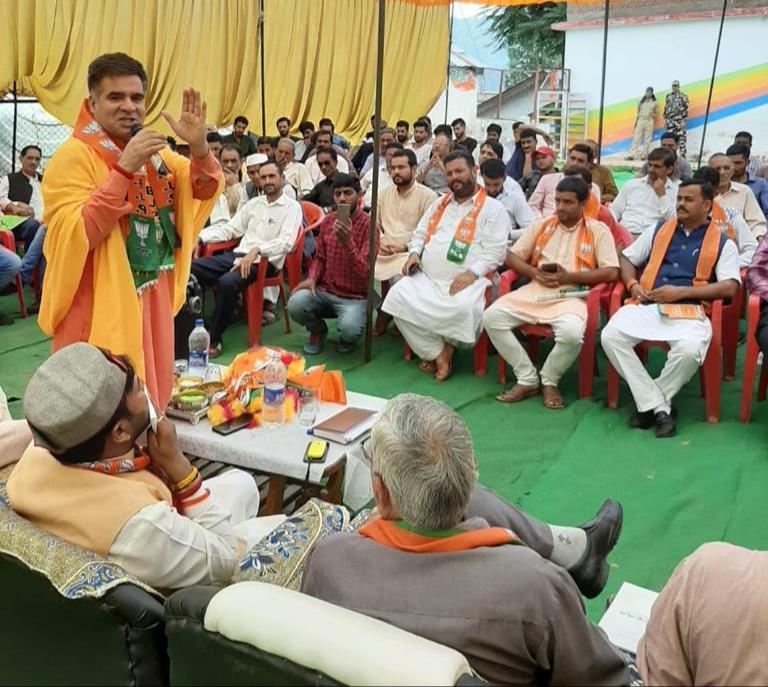 National Conference block president, Batote-Ramban Mohd. Irfan Mir along with his team also joined BJP in the presence of party State president and pledged their commitment towards the party ideology.

Speaking on the occasion, Mohd. Irfan said that BJP is the only party that has created a ray of hope among the millions of people belonging to the minority communities that they will not be used for the vote bank politics but their issues will be dealt with empathy and commitment by the present dispensation.

He said that Prime Minister, Narendra Modi has emerged as the saviour of the neglected communities and he will be a reckoning force in the empowerment of all putting all the speculations to rest or misleading allegations by the parties like NC, PDP and Congress. He said that he will work as an active soldier of the party along with his team and resolved that they will work for furthering the agenda of party into the far flung and out of reach regions as well.

Earlier, BJP State president, Ravinder Raina, welcomed Mohammad Irfan along with his team into the party fold and said that every nationalist who loves this society is eagerly waiting for a chance to join BJP.

Reaching out to people at grassroots level fundamental objective of B2V: Advisor Bhatnagar