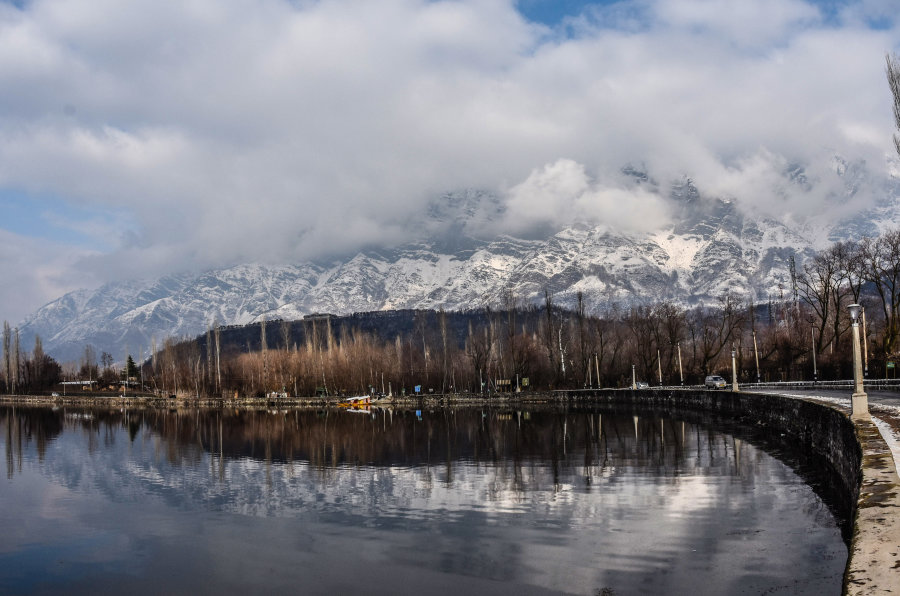 The mercury in Jammu and Kashmir marked a sharp dip on Saturday as intermittent rains lashed wide parts of the state for the third consecutive day, disrupting traffic on the Jammu-Srinagar national highway and claiming the life of an elderly woman, officials said.

The weatherman has issued an alert, predicting adverse weather to continue for the next 24 hours.

The minimum temperature in the city was recorded at 23.9 degrees Celsius against the previous night’s 25.6 degree Celsius, which is 1.5 degrees below normal, he added.

Similarly, the day temperature in summer capital Srinagar was 4.8 degrees below season’s average at 24.7 degrees Celsius.

Srinagar recorded a night temperature of 17.7 degrees Celsius, which is one degree below the normal, the spokesman said.

He said Jammu recorded 38.2 mm of rainfall during the day, while the weather remained mostly cloudy in Srinagar.

The intermittent rains since Wednesday increased the water level in all water bodies, including rivers, lakes and streams, but there was no immediate threat of floods, officials said.

An 82-year-old woman was killed and her son seriously injured when a rain-triggered landslide hit their mud house in Doda district early Saturday, police said.

Over two dozen sheep were also killed in the incident, which took place in the Baggar area of the hilly district, SP (Operations), Doda, Ravinder Pal Singh said.

The officials said rolling stones from hillocks damaged two passenger cabs near Battery Cheshma along the Jammu-Srinagar national highway which was briefly closed for vehicular traffic in the afternoon.

Rolling down of stones from the hillocks overlooking the highway and mudslides occurred at several places, including Panthiyal, Iron stand Digdole, Battery Cheshma, Anokhi fall and Kelamorh, along the 270-km highway, forcing suspension of the traffic for several hours, they said.

Issuing an alert, director of state meteorological department Sonam Lotus said the intermittent moderate to heavy rains over the past couple of days had left the soil saturated and additional rain may trigger landslides, flash floods and mudslides.

“General public and the state administration are requested to remain cautious for the next few days as weather is adverse and likely to remain so over the next 24 hours,” Lotus said.(PTI)

Lt Governor Sinha pays surprise visit to Civil Secretariat; takes stock of the working in the offices of various departments