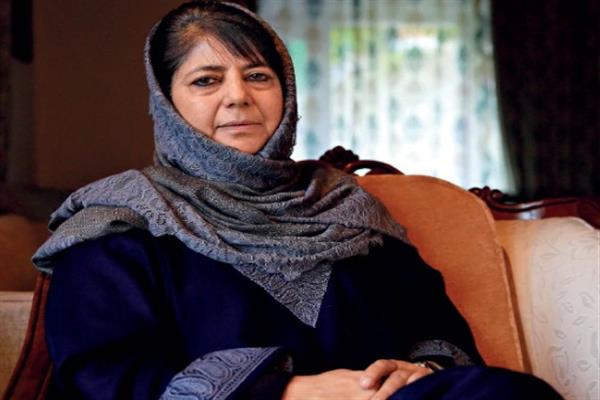 Srinagar, Aug 2, : Amid fear psychosis over the Article 35A, former chief minister Mehbooba Mufti on Friday said that India has finally failed to win over the love of Jammu and Kashmir which rejected divisions on religious grounds and chose secular India.

While taking on her Twitter handle Ms. Mufti said, “The gloves are finally off & India has chosen territory over people.”

In another tweet she wrote that her father, late Mufti Sayeed, who had served chief minister of J-K twice, had said that whatever Kashmir’s will get, it will be from their own country India, “But today the same country seems to be preparing to rob them of whatever little is left to protect their unique identity,” she wrote.

No orders issued for closure of schools in Kashmir: Govt