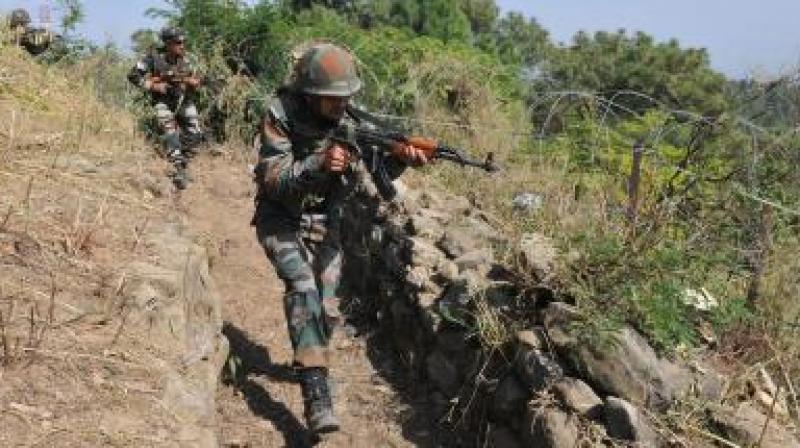 Jammu, Aug 20 (PTI) The Pakistan Army on Tuesday targeted forward posts and villages along the LoC in Poonch district of Jammu and Kashmir with mortars and firing from small arms, a defence spokesman said.

The firing from across the border in Krishna Ghati sector started around 1100 hours, drawing response from the Indian Army, the spokesman said.

He said the cross-border firing between the two sides was going on when last reports came in.

However, there was no immediate report of any casualty in the Pakistani firing.

Last week, the Pakistan Army had opened fire in Nowshera sector of nearby Rajouri district leaving an Indian soldier dead.

Pakistan also suffered a number of casualties in the retaliatory action, the spokesman said.

No Yatra vehicle from Mughal road to be allowed: Admin