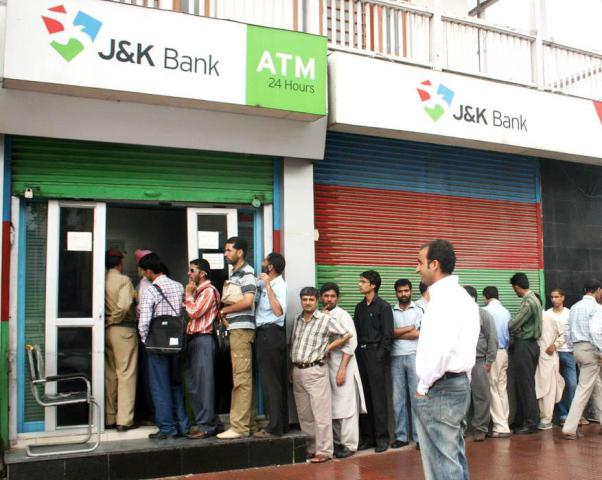 Srinagar : After primary schools, now closed middle schools in Wadi were also opened on Wednesday. By the end of the week, all other schools can also be opened after an overall review of the daily activities of the primary and middle schools and the situation of the plaintiff. This information was given by the Principal Secretary to the Governor, Finance Rohit Kansal.

He said that the prohibition order of the day has been removed from most areas. Normal life is gaining momentum. All ATMs in the valley are smooth. 800 crore has been withdrawn at 734 ATMs in the last 12 days. People are getting out and spending money comfortably. Meaning that the situation is normal in Kashmir. Shops are open and people are shopping.

At the same time, he said that the attendance at the government offices of the valley was better and now the inter district transport facility has also started. Rohit Kansal said that after about 14 days, primary schools were opened in Wadi on Monday. This school opened tomorrow also. The attendance of students and staff is more on Tuesday than Monday. Based on the request and feedback from different sections of the society, it was decided to open the middle school on Wednesday. These schools will be opened in areas where primary schools were open.

The Principal Secretary to the Governor informed that there are 96 thousand landlines in the entire state. 73 thousand of these have been restored. On the closure of the landline in Wadi, especially Lal Chowk in Srinagar city and adjoining areas, he said that BSNL is removing the technical problems faced in this context, but in most places the phone service has been restored.

No immediate plan to withdraw troops from J&K: Union Minister

Shehla Rashid reasserts claims on J&K situation; gets into argument with journalists

Take back hartal call for March 16: Mirwaiz to Mutahida Ulema

Govt to cover all students under scholarship schemes

Pakistan has no locus standi on Kashmir:Rajnath