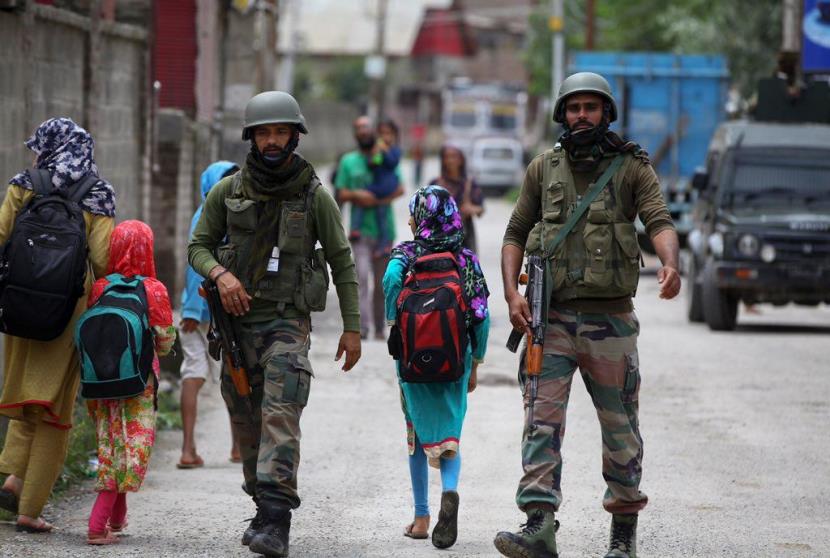 SRINAGAR: High schools in the Kashmir Valley reopened on Wednesday in areas where restrictions have been lifted but students kept away.

Higher secondary schools in the valley have been shut for over three weeks due to restrictions imposed in the state after its special status was revoked. Officials said high schools reopened on Wednesday. However, limited staff presence was seen in schools.

Jammu and Kashmir Director of Information and Public Relations Sehrish Asgar had said on Tuesday that “The education department has decided to open all high schools in Kashmir Valley from tomorrow in areas where relaxations have been provided. Restrictions on the movement of people have now been eased in 81 police station areas across the Valley.

Briefing reporters about the status of schools, Director Education Kashmir Younis Malik had said on Tuesday that 3,037 primary schools and 774 middle schools have re-opened across the valley. He had said there has been significant improvement in the attendance of teachers in the schools in the past one week.

Officials had said the communication blockade was eased to some extent in the valley as landline telephone services were restored in most places in view of the improving situation. Mobile services and Internet, including BSNL’s broadband and private leased-line Internet, have remained snapped since August 5, when the Centre abrogated provisions of Article 370 of the Constitution and bifurcated the state into two Union territories — Jammu and Kashmir and Ladakh.

Mobiles used more by militants, less by us so we stopped services: J&K guv

Where are Rs 1.5 Crore; Irrigation & Flood Div Baramulla under scanner