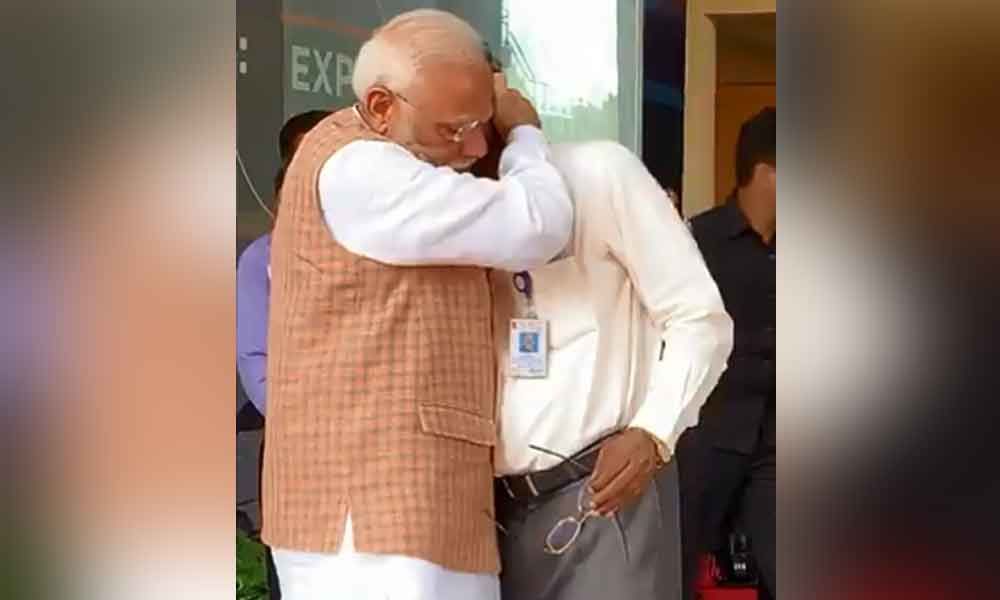 Bengaluru, Sep 7 Years of hard work literally came to naught for ISRO on Saturday after it lost communication with Moon lander Vikram, and no amount of words could put it right for the scientists at ISTRAC here.

Despite a motivational speech by none other than Prime Minister Narendra Modi, who had rushed in to watch the mission”s success late last night and then again was with the Team Chandrayaan-2 to speak to them, ISRO Chairman K. Sivan could not hold his tears and broke down as the PM was about to leave.

In a very visible emotional outburst, Sivan was seen in tears. Modi who was being accompanied by the scientist on his way out, immediately hugged him and held him. Words were exchanged as a disturbed and disappointed Sivan took time to gain his composure.

Day 34 : Father-daughter among three injured in militant attack in Sopore

Will commit suicide if Modi does not come back to power: Wasim Rizvi

Shah doing well, will be discharged in a day or two: BJP