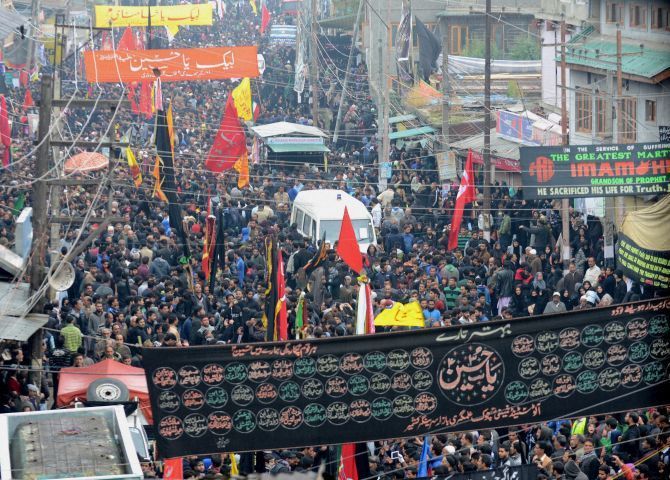 The Jammu and Kashmir administration on Friday said like previous years, no Muharram procession would be allowed this time too and all rituals are to be performed in respective Imambaras or shrines.

A top government official said the administration would follow the past precedence and not allow any procession as these could be used by anti-social elements to trigger clashes with security forces.

The official said all respectable citizens of the Shia community have been conveyed to carry out their religious duties at local Imambaras during the 10- day-long period.
The Shia community observes mourning during these 10 days which began on September 1.

Muharram processions have not been allowed in Kashmir since 1990, when militancy broke out in the valley.

As a gesture, the administration has shifted some Shia leaders including former minister Imran Ansari from the detention centre at Centaur Hotel to their homes.

Day 34 : Father-daughter among three injured in militant attack in Sopore

No traffic on Srinagar-Jammu highway to allow weekly maintenance