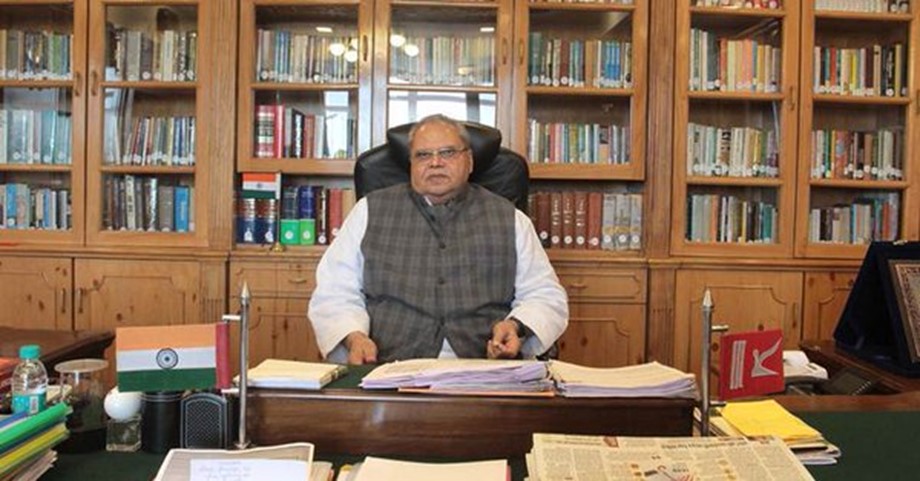 SRINAGAR, SEPTEMBER 13- In a far reaching decision today, the Governor Satya Pal Malik ordered that all matters relating to the irregularities or fraudulent implementation of the Jammu and Kashmir State Lands (Vesting of Ownership to Occupants) Act, 2001 be investigated in detail by the Anti Corruption Bureau.

The Jammu and Kashmir State Land (Vesting of Ownership to Occupants) Act, 2001 commonly known as ‘Roshni Act’ was passed in the year 2001. While as, the intention of the Act was noble, a large number of complaints were being received on the irregularities or fraudulent implementation of the Act. Consequently, there are reports that high value land in the districts of Jammu and Srinagar has been obtained irregularly or fraudulently by individuals, otherwise not entitled for any benefit under the Act.

However, as reports continue to pour-in about the past irregularities particularly in the twin capitals of Jammu and Srinagar, the Governor decided to launch a fullfledged campaign against the corrupt and decided to refer  investigation of all matters of both the districts to Anti Corruption Bureau.

The Anti Corruption Bureau has been instructed to conclude the proceedings speedily and ensure that any offender particularly beneficiaries are brought to book quickly.

Night Temp rises as Kashmir valley braces up for snowfall