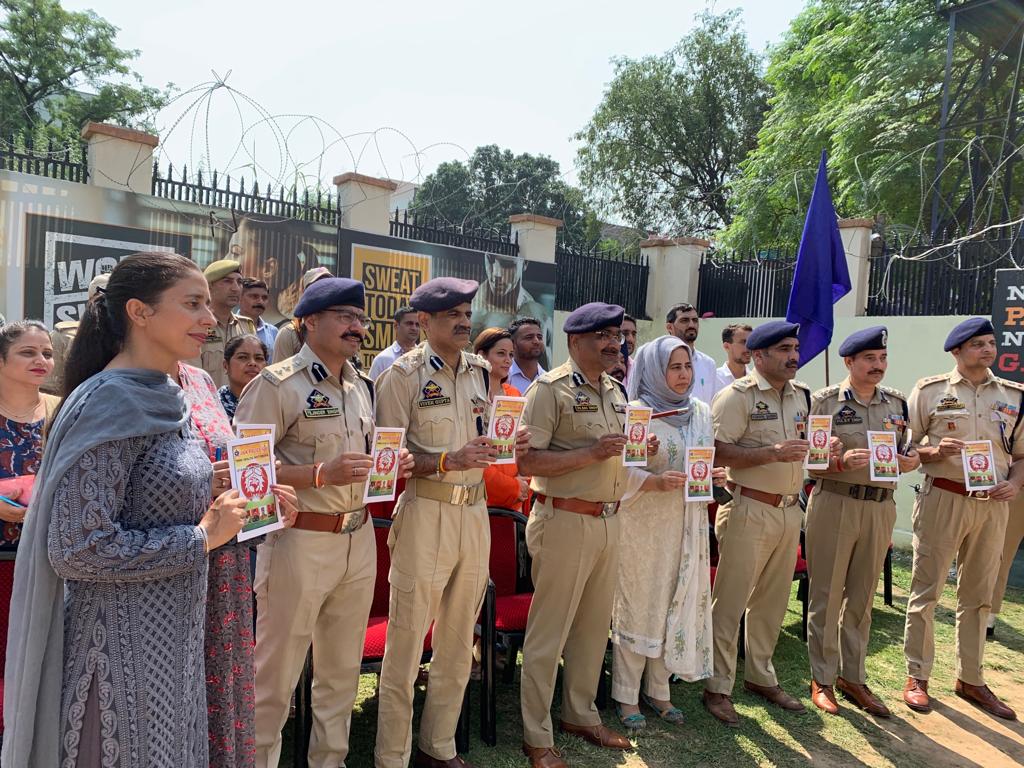 SRINAGAR, SEPTEMBER 18: Strong security measures have been put in place to foil any ill design being organised by Pakistan across the border, and with public support all forces are working tireless for peace in Jammu and Kashmir.

This was stated by the Director General of Police, J&K Shri Dilbag Singh during his visit to Dudu in Udhampur and Arnas in Reasi district, today. He was accompanied by DIG Udhampur-Reasi Range Shri Sujit Kumar. During his visit the DGP chaired darbars with jurisdictional officers and jawans besides, reviewed the Police functioning and security scenario of these areas. On his arrival DGP was received by senior officers of the respective districts and was presented with ceremonial guards’ of honour.

Interacting with the officers from Police and CAPF at Dudu and Arnas, the DGP appreciated the role of Police and other security forces in combating the terrorism and bringing in peace. He said that the forces have made huge sacrifices for the peace and he stressed to remain extra cautious and alert as Pakistan may try to use different tactics to regain the support and indulge in unlawful activities in these areas.

The DGP said that security forces with the cooperation of public are working tirelessly for peace in Jammu and Kashmir and added that strong security measures have been put in place to foil any ill design being instigated from across the border. He emphasized that rule of law has to be ensured and nobody should be allowed to disrupt the peaceful atmosphere. The DGP said that our forces are well equipped and committed to deal with any challenge with fortitude.

The DGP J&K heard the police personnel patiently and assured them that their genuine problems would be looked into on priority. The DGP said that welfare of Police personnel including SPOs has always been priority of Police Headquarters and added that with the support of Govt. administration more welfare measures have been taken in recent times for benefit our Jawans and their families.

The DGP also interacted with the civil society members and emphasized the need for enhanced Police Public cooperation for providing better policing. He said that the civil society has a major role to garner people’s coordination in the eradication of social crime, drug menace and other unlawful activities.

Earlier, in the day the DGP visited the Drug De-addiction Centre Jammu where he interacted with the medical and Paramedical staff and also the inmates. He enquired from the inmates regarding the facilities being provided to them. The police officers and Incharge DDC Jammu briefed the DGP about the work and functioning of the centre.

The DGP expressed satisfaction over the facilities being provided to the inmates. He said that the centre has come up very well and is responding to the needs of the affected people. He assured that more and more steps will be taken to strengthen the centre. He also released a booklet prepared by the Jammu Police on ‘Drug abuse” on the occasion. This booklet will be distributed among students and youths for awareness with regard to ill effect of drugs.

A film will definitely come on Eid: Salman Khan