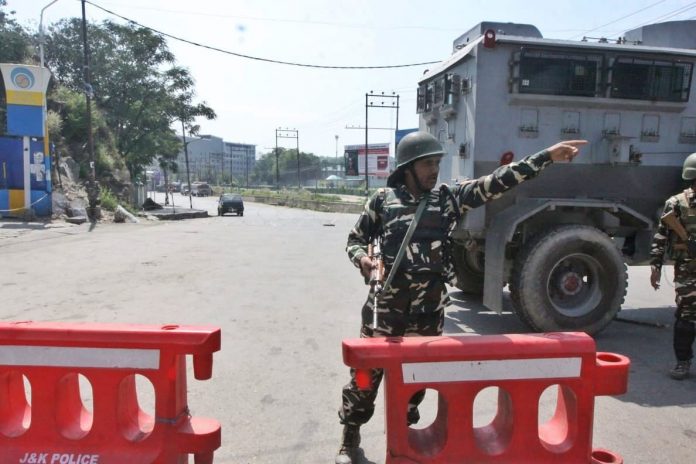 Srinagar, Oct 04 : With the revocation of Article 370 and the bifurcation of erstwhile state of Jammu and Kashmir into two Union Territories (UT’s), the people of valley remain unaware about the changes  and are anxiously waiting for the new rulings and new names of at least over a dozen government departments in the erstwhile State.

The new rulings (Laws) will be applicable on J&K and Ladakh as two Union Territories (UTs) from October 31. According to a wire service— with the abrogation of Article 370 and bifurcation of erstwhile state will bring some changes about which the most of the officials as well as the people of the region remain unaware. The move will lead to many changes in law and administrative portfolios.

As per the Jammu & Kashmir Reorganization Act, 2019 all India services like the Indian Administrative Services (IAS), Indian Police Service (IPS) and the Anti-Corruption Bureau (ACB) will now be controlled by Lieutenant Governor (LG) and not by the elected Government of Union Territory of Jammu-Kashmir. People across Jammu and Kashmir are waiting whether the Centre would re-name State Police Control Board (SPCB),  Jammu and Kashmir State Board of School Education (JKSBOSE),  Jammu and Kashmir Power Development Department (JKPDD),  Jammu and Kashmir Police (JKP), Jammu and Kashmir Board of Professional Entrance Examination (JKBOPEE), J&K Public Service Commission to name a few.

Irfan Ahmad Kar a government employee told a wire service,” The abrogation and the bifurcation of the erstwhile state have created a lot of confusion like what will be the number of districts? How many departments will go off? And so on.”

He told that current changes in erstwhile state have made things complicated to a great extent and particularly during the times of internet and cellular connectivity gag. He further added that “We are completely off the view about the changes like that are going to take place after the implementation of the new law.”

Another employee Rouf Ahmad (name changed) told,”With the implementation of UT status to Jammu –Kashmir regions various new laws are going to be included like RTI and CAG laws which were not applicable in the erstwhile  state of Jammu and Kashmir before.”

He said that the officials from various state departments are facing challenges in performing day to day work as even a letter needs to be cross checked by the higher ups for the changes which might be needed. He further added that,” The state administrative officials are still unaware about the changes that are going to take place with the implementation of the UT status to the J&K region.”

Its pertinent to mention that ever since the Central Government abrogated the special status of erstwhile state of Jammu and Kashmir and the bifurcation of the same into two Union Territories (UT’s) of Jammu-Kashmir and Ladakh, a number of central teams have arrived in the region to assist the local administration in various areas, which are going to adopt the new changes by the implementation of the new law.  (KNO)

FIR against celebrities who wrote open letter to Modi

‘Attacks on flag bearers of democracy will not be tolerated’: LG